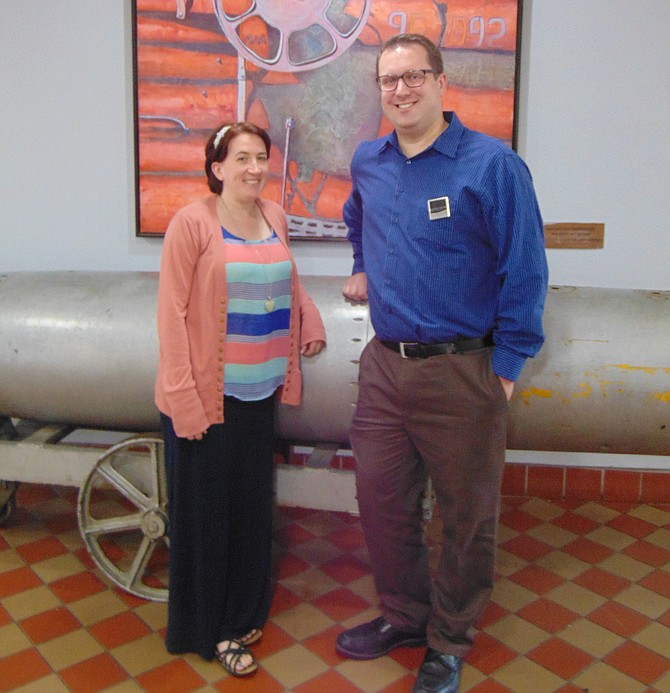 More than two years after the city’s takeover of the Torpedo Factory Art Center, city staff and some artists continue to disagree on selection process and criteria on who is approved for studio leases.

There are a number of city initiatives that artists disagree with, but the overriding one appears to be how the city and the art center select artists for admission to the center. Until this issue is resolved, the city and a growing number of artists may continue to be at odds with city management on the long-term future direction of the Torpedo Factory Art Center.

“The Torpedo Factory is recognized worldwide for its adaptive reuse of a deteriorating factory-style structure, transforming it into a successful cultural center that provides a workplace for local arts and also created a business, recreational, and educational environment under one roof,” according to the report.

For this reason, the near future direction and collaboration between the city management and the Torpedo Factory Art Center artists is a critically important adjunct to the economic growth and stability of the city.

More than two years ago, at the time of the city management takeover of the art center, the city extended the leases and subleases with the artists. They were further extended this past year until Sept. 30 of this year. What the new lease language will be, whether the city will continue to manage the art center or create a new governmental structure, and whether the juried selection process will continue to be managed by the city or return control of the selection process and leases to the Torpedo Factory Artists' Association will likely determine who shall be allowed studio space.

Because of some of the recent actions by the city management, there is a level of uncertainty cited by several artists that has fostered a lack of trust in the city’s management of the art center. Recent actions by the city management staff include directing that the two 4-foot by 2-foot electronic “monitors” that promote the artists and direct visitors to the studios must be removed. In addition, Center Hall displays have been ordered removed for fire safety concerns. Another example of what some artists dubbed city management overreach: The artists have been alerted — and some characterize as punished — for not being on call for the public on a full-time basis within their studios. One artist likened it to punching a clock which they viewed as punitive and demeaning. The city views these actions as necessary to properly manage the artists’ studio leases.

Over the past several years, the city has taken credit for a number of actions to improve the appearance and productivity of the art center. This includes but is not limited to: a new art center director, new community programs, new public meeting space, free Wi-Fi installed, an updated and relocated gift shop, and establishment of a new artist selection process, among other actions.

The artists who are critical of the city management disagree. The pending Sept. 30 renewal of artists’ leases marks the latest concern by artists primarily because, according to several artists, they have not been consulted.

The city management disagrees. “The TFAA notified the city in January 2019 that they did not want a collaborative process and instead, as an independent membership organization, would only select for its membership, as it has done for years. … City staff has moved ahead to develop best practices and in support of the goals and strategies outlined in the City Council-approved Arts and Culture Master Plan for eligibility for artists to lease and sublease studios in the Art Center.” The city further elaborated that “the selection process utilizes nationally known jurors for the selection. … Staff facilitates the process but do not play a role in the selection.”

TFAA artists challenge the fairness of the process. Charlene Nield said, “The Torpedo Factory Art director and the OOTA [city’s Office of the Arts] blocked the blind jury selection process conducted by the Torpedo Factory Artists Association for many years until now. ... Meanwhile the OOTA has developed its own studio selection process, which is biased, unfair, and flawed, and awards studios based on favoritism by the director.”.

In addition, the city has sponsored the development of a comprehensive policy planning document entitled, “Alexandria: The New Experience “ (2016-2026: Arts & Culture Master Plan) intended to provide a blueprint for the city’s future regarding the art center and other elements of the city’s management plan as it affects the arts and culture of the city.

The city has also commissioned another related report which is not completed that will “be informed by the 15 other reports created about the art center,” entitled a” Vibrancy and Sustainability Plan.”

As matters now stand, a range of views are offered by the artists: from very positive comments about the changes at the art center, to other concerned artists who have highlighted what they perceive as recent intrusive actions by city management staff, ie., the city taking over the juried panel reviews that determine who is allowed admission to the Torpedo Factory Art Center studios.

Two years ago, Deputy City Manager Emily Baker emphasized that the city’s takeover of the Torpedo Factory Art Center was temporary. Furthermore she stated that “friction at the board level created issues that plagued the Torpedo Factory reform process since the beginning.” Baker also said, “We have had conversations but no consensus.” Today, Baker is cautious but more positive and upbeat: “The city is excited about the work at the Torpedo Factory. Our staff very much wants to partner with the artists in the building as well as the community as a whole, to increase the vibrancy, activity level and attendance. We see the Torpedo Factory Art Center as a place to celebrate the arts in Alexandria and provide opportunities for residents and visitors to interact with the arts and artists. ... I understand that change can be difficult. We continue to encourage the artists to work with us on the future vision. We know they have valuable insights and creative ideas on how to move the art center forward and we sincerely welcome their input.”

Torpedo Factory Art Center artists are split: One group essentially happy with the city oversight and acknowledges some leaseholders not fulfilling their responsibilities under the lease terms to promote their artistic efforts.

The other group resents takeover of the juried selection process and believes the process adopted by the city management is unfair, and biased.