Mayor Euille withholds support for either Silberberg or Write-In Euille. 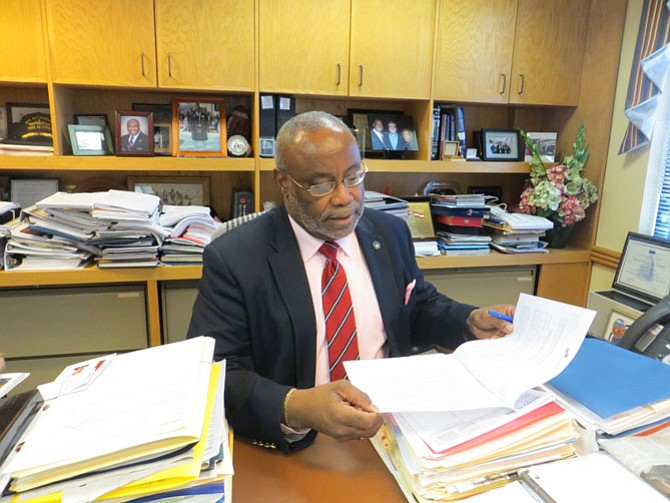 One month has passed since Allison Silberberg was nominated as the Democratic candidate for mayor of Alexandria over incumbent Mayor William Euille and former Mayor Kerry Donley. The night of the election. Donley expressed his support for Silberberg and the need for the Democratic party to stay united. From Euille, however, there was no endorsement of Silberberg that night. Euille stated that his campaign staff would reevaluate their position over that weekend, but no endorsement emerged the next week or in the weeks that followed. Even in the Democratic Party's post-election unity statement, Euille's remarks skirted around endorsing Silberberg.

“I want to extend my congratulations to Vice Mayor Allison Silberberg for securing the Democratic nomination, as well as the members of City Council on the slate in November,” said Euille. “I would like to thank the voters for their participation in the election. I will continue to do my job as mayor, as there is much unfinished business to work on collaboratively until Jan. 1, 2016. I look forward to continuing the fight for a great quality of life, exceptional schools and safe communities that we have found to know in my beloved hometown of Alexandria.”

When asked about the endorsement directly, Euille said that he has not made a decision on whether or not to endorse Silberberg. Euille’s lack of an endorsement has not gone unnoticed. Frank Shafroth, director of George Mason University’s State and Local Government Leadership Center, said that there’s a clear division in Alexandria’s Democratic party.

“The hard issue here is: what does the Democratic Party stand for?” said Shafroth. “Were there two Democratic parties voting in the primary or one? So what is the future and where is the vision for the future? [Alexandria Democrats] are going to have to look at how they deal with some very fundamental issues.”

But if Euille hasn't endorsed Silberberg, he's also been very careful not to directly state opposition to her. A Twitter campaign, led by Alexandrian Glenn Klaus, called Write-In Euille, emerged in the days following the primary. But Euille stated that he has had nothing to do with that effort or any other write-in campaign. According to Shafroth, Euille running as a write-in is likely very troubling to party leadership.

However, according to Alexandria Democratic Party Chair Clarence Tong, unless Euille openly opposes Silberberg or declares his support for the write-in campaign, there’s nothing Tong can do to remove him from the party.

“The Democratic Committee encourages members to support nominee and endorsees,” said Tong, “but there is a different bar for actual removal from membership for office.”

Article IX, Section 2 of the Alexandria Democratic Committee’s bylaws, lays out a specific set of guidelines for what merits removal from the party. A Democrat may be removed due to any sort of malfeasance of their duties, for conduct “injurious to the good name of the Democratic Party or the Committee, using the Democratic name or party resources to promote a non-Democrat in a contested election, or publically supporting a candidate opposed to a Democrat.

“Unless he supports the write-in campaign, there’s no violation there,” said Tong. Tong also mentioned that, while he would rather each of the candidates support the Democratic slate, he doesn’t believe there is substantial evidence to indicate that the write-in campaign is going to be a concerted effort.