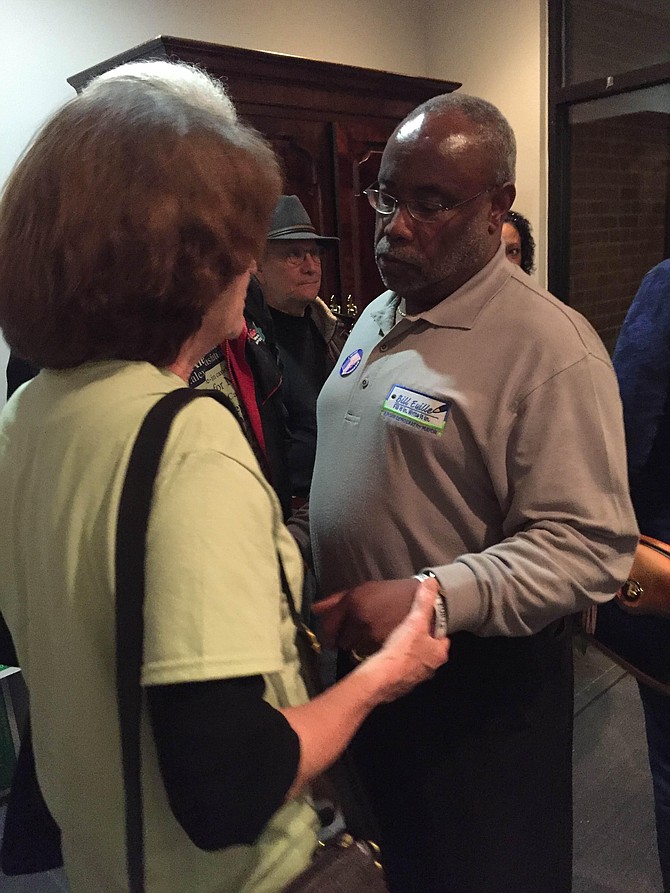 Euille speaks with campaign volunteers after election results are announced.

In the mayoral race, Vice Mayor and Democratic candidate Allison Silberberg unseated incumbent Mayor William “Bill” Euille, who after his loss in the Democratic primary, waged a write-in campaign.