The Potomac River Is Healing, but Problems Remain
Votes

The Potomac River Is Healing, but Problems Remain

River groups hope to open beaches for swimming along the Potomac. 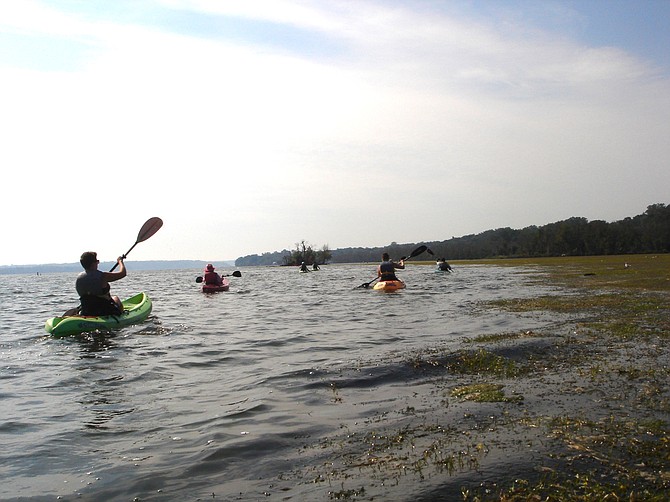 While the Potomac River is no longer “a national disgrace,” as then-President Lyndon Johnson decried in 1965, it still faces challenges, two river stewards told a July 20 gathering of 40 at Alexandria’s Athenaeum.

The river’s water quality grade rose from a D in 2010 to a B- in 2020, reported Hedrick Belin, President of the Potomac Conservancy, adding, “There is still work to do.”

Nancy Stoner, President of the Potomac Riverkeeper Network (PRK) credited the 1972 federal Clean Water Act for much of the river’s improving health and commended Alexandria for being on schedule to meet the 2025 deadline for the $454.4 million River Renew project, an initiative designed to keep 140 million gallons of untreated sewage out of waterways each year.

Despite some advances, “There is one glaring red mark,” Belin warned, streamside trees. “In fact, forested buffers, as we call them, received a flat-out F in our report card,” he cautioned.

Trees, shrubs and other plants near waterways help filter out pollution, stabilize stream banks and keep streams and rivers cool in hot weather.  Without riverside vegetation, silt, sediment, trash and other pollutants flow into rivers during rain storms.

“Currently there is a real supply chain issue around having enough trees to plant,” Belin said, offering two solutions. The Conservancy helped persuade the Maryland General Assembly to finance the planting of five million trees over the next 10 years and to require that at least 10 percent or half a million trees be planted in underserved communities.

This fall, the Conservancy will launch “Tomorrow’s Trees,” a program that will organize acorn and other hardwood seed collection that will then go to tree nurseries, providing what Belin called, “much needed stock. Today’s seeds will become tomorrow’s trees.”

Showing a 1918 photo of swimmers on a three-tiered platform in Washington’s Tidal Basin, Stoner said that the network wants to make the river swimmable and to create public swimming beaches. The group’s website says that “the water is sometimes still too polluted for safe recreational use,” but asserts that some areas are “often clean enough to swim at public access points such as the Tidal Basin, Hains Point and Fletcher’s Cove.” They are advocating repeal of the District of Columbia’s swimming ban imposed in 1971.

Will We Swim in “Bathwater”?

Belin also said that the warming atmosphere is bringing more extreme weather and flooding to the region. More severe storms dump more sediment and pollution into rivers. Droughts are becoming longer. A Conservancy 2021 report titled “Rising to the Challenge” examines what the warming climate means for the Potomac and the Washington, D.C., area.

The report says, “Washington, D.C., is coming off its hottest decade on record (2011-2019) and temperature rises have been observed in every state within the Potomac River watershed.” The study predicted that by 2080, “the number of days when the heat index tops 95 degrees Fahrenheit in the nation’s capital may double by mid-century and triple by 2080.”

During a July 2019 heat wave, “the Potomac River felt like bath water,” said the report, with a record water temperature of 94 degrees Fahrenheit at Little Falls.

Belin also said that the Potomac “has risen almost a foot in the last century, and it’s expected to rise another three feet by 2080.”

Stoner urged cooperation.  “We’re proud of what we’ve accomplished and if we continue to work together, we’ll have a cleaner river that everyone can enjoy,” she said.

The event also featured an art show titled “Potomac River Life” with 40 local artists participating and proceeds going to the artists and the Riverkeeper organization. The exhibit catalog is here: https://www.nvfaa.org/potomac-river-life-catalog.