Voters to Determine Direction of City


Republicans are hoping that problems with flooding and worries about development and crime will prompt voters to fire freshman Mayor Justin Wilson, who is seeking a second term in office after being elected in 2018. Wilson acknowledges that leading the city through a pandemic has been rough, but he says the city is poised to come out of the experience stronger

"I'm running for reelection because I believe investing in our kids, investing in our basic infrastructure and growing our local economy to support the services the residents expect and demand, we can make sure Alexandria doesn't just survive this pandemic, but actually thrives," said Wilson.

In June, Wilson beat back a challenge from former Mayor Allison Silberberg in the Democratic primary. She tried to paint Wilson as someone who didn't listen to concerns from residents about overdevelopment and bike lanes. Silberberg lost the Democratic primary, getting 42 percent of the vote. Now Wilson is facing Republican Annetta Catchings, whose campaign includes a similar critique of the mayor as someone who ignores concerns raised by residents over everything from development and crime to stream restoration and guaranteed basic income. 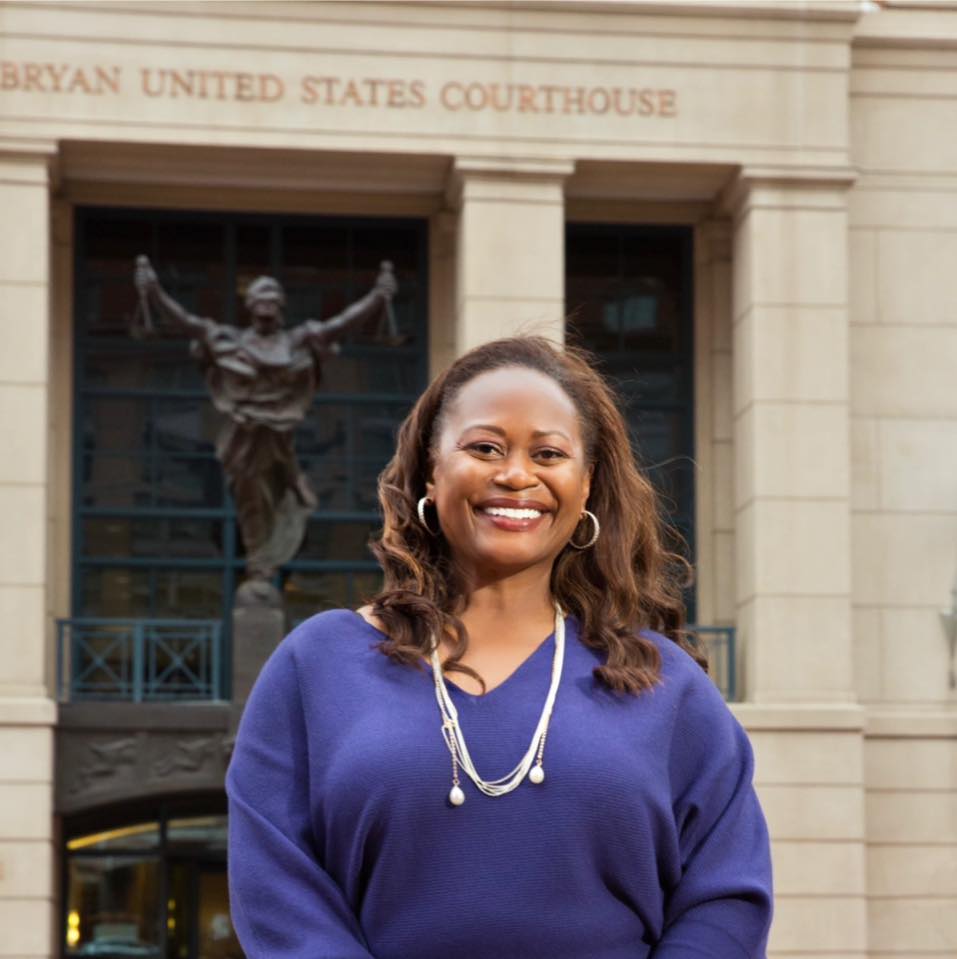 Annetta CatchingsCatchings says Alexandria is burdened by overdevelopment and crime. She says the city is not moving fast enough to give police officers body cameras, and she's been critical of Alexandria's new pilot program for guaranteed income as a frivolous use of taxpayer money. During a debate this week, her response to a question about preventing opioid overdoses from fentanyl sparked an exchange that revealed a wide gap in how the candidates would approach the job of mayor.
"We know why we're seeing an influx. It's borders that are porous, basically open," said Catchings. "Those drugs are coming through from that direction. They're coming from China."

Catchings said the problem of illegal drugs in Alexandria should be "addressed at the border" to "reduce the drugs that are on our streets."

Wilson responded that the idea that border policy has an impact on opioid abuse is "not only inaccurate and ignorant" but also "incredibly hateful." Catchings stood by the comment, aligning it with a central theme in her campaign.

"I think the viewers know that there are drugs that are coming through the border," said Catchings. "He's turning a blind eye, just like he turns a blind eye to flooding and crime in his own city."

ALEXANDRIA HASN'T HAD a Republican for mayor since Reconstruction, when William Berkley was mayor from June 1872 to June 1873. The city's current electorate is so heavily Democratic that Gov. Ralph Northam won Alexandria with 78 percent of the vote in his 2017 campaign against Republican Ed Gillespie. Republicans haven't even fielded a candidate for mayor in more than 20 years. Nevertheless, Catchings says Wilson does not deserve another term in office.

Wilson rejects the idea that Alexandria has defunded the police, and budget documents show spending on police has increased about 25 percent over the last decade while spending on social services has actually decreased about 1 percent. He acknowledges that Northern Virginia has seen a rise in violent crime, although he adds that the solution to that isn't always policing.

"We've also seen a significant uptick specifically around firearm crimes in our city," said Wilson. "And so working to get the dangerous firearms and the dangerous people who wield them off our streets has been a particular focus of mine."

"Anybody could have come from outside the city, get an address and put their name in a hat," said Catchings. "So you're not really addressing the people who live in the community."

City officials say the details of who would be eligible have yet to be worked out, and Wilson says the concept of guaranteed basic income is an idea pioneered by President Richard Nixon, who worked on the idea in with Dick Cheney and Donald Rumsfeld as a response to LBJ's Great Society. When President Joe Biden signed the American Rescue Plan and local governments started debating how they wanted to use the stimulus cash, Mayor Wilson worked with City Council members to resurrect the old idea from the Nixon administration as a way to address the needs of communities hit hardest by the pandemic.

"These are folks who are just above the poverty line in our community, and we're going to see whether these kind payments in lieu of a lot of other kinds of local assistance are actually a more impactful way to address the impacts of poverty on residents of our community," said Wilson. "We want to come out of this pandemic in a stronger place than we were before, and we're going to need to experiment and take ourselves out of our comfort zone in order to try to find ways to do that."