They’re Back …For Now in Alexandria
Votes

They’re Back …For Now in Alexandria 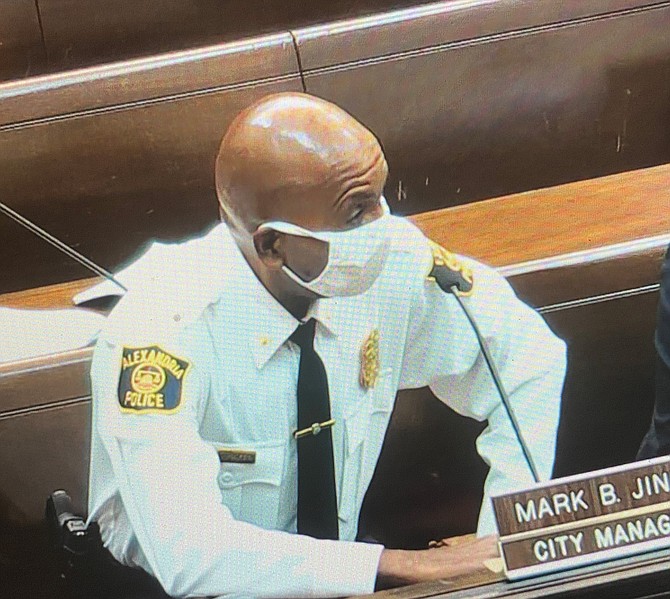 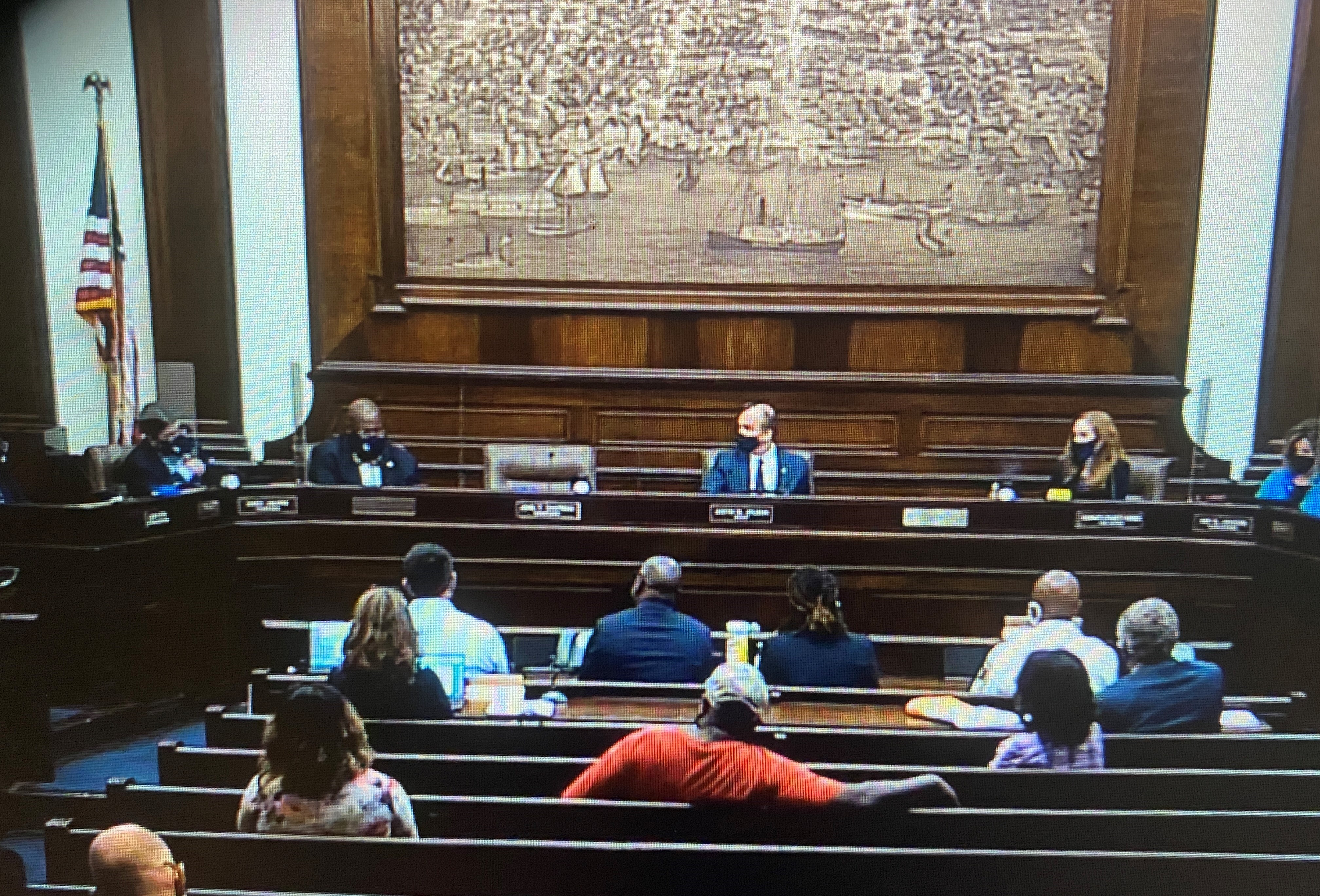 Members of Alexandria City Council discuss the issue of School Resource Officers at the Oct. 12 legislative meeting at City Hall.
A confrontational three-hour debate regarding School Resource Officers during the Oct. 12 legislative meeting of the Alexandria City Council resulted in a 4-3 vote to temporarily return the SROs to the city’s high school and middle school campuses.

The nearly seven-hour meeting stretched into the early morning hours of Wednesday before a vote was taken to reinstate the SROs through the end of this year as other transitional safety measures are explored. Vice mayor Elizabeth Bennett-Parker and council members Canek Aguirre and Mo Seifeldein voted against the motion.

Council voted earlier this year to suspend the SRO program and divert funding from the Alexandria Police Department to hire additional school counselors and mental health professionals. While those positions have yet to be filled by the city, Aguirre put the blame for the continuing debate on school safety squarely on the shoulders of the school board.

“The school board should have been doing something about this months ago,” Aguirre said. “Dang near a year ago they chose to do nothing so now we are sitting here having this ridiculous conversation. Contingencies should have been put in place. We could have gotten some extra social workers to contract out but nothing from this school board. Nothing.”

As details of the motion were hammered out, Bennet-Parker requested that should 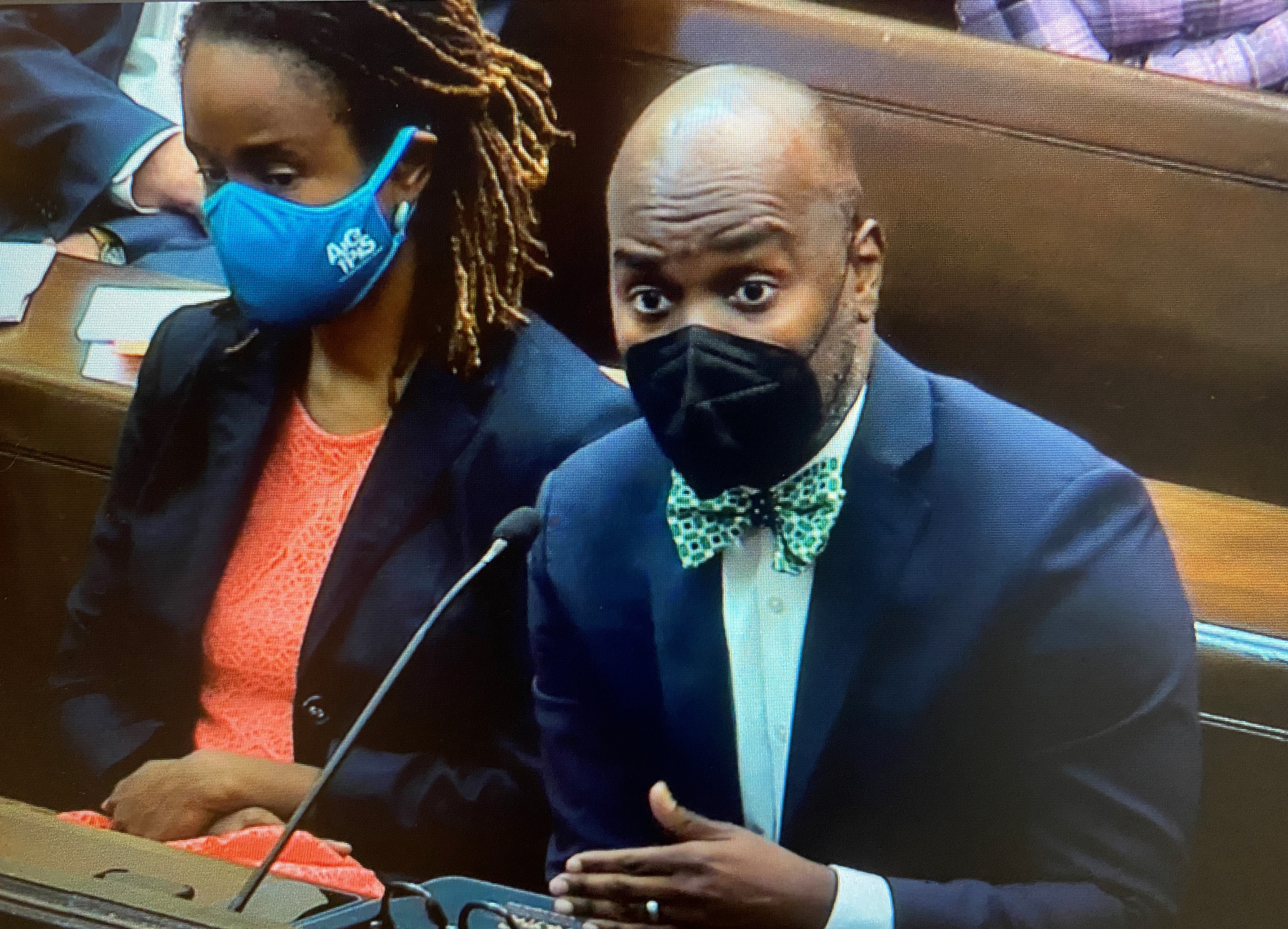 ACPS Superintendent Gregory Hutchings speaks at the Oct. 12 City Council meeting regarding School Resource Officers.
SROs be reinstated, they should not be armed.

“It can’t be done,” Hayes replied. “These are police officers that need to be able to protect themselves at all times with the weapon that they have been trained with.”

Prior to the motion and subsequent vote regarding SROs, a frustrated Mayor Justin Wilson voiced his displeasure for the tone of the discussion.

“I can’t think of a bigger waste of time than what just happened for the last three hours,” Wilson said. “I thought we were going to have a productive conversation about how we move forward in our community about a problem we are hearing from far too many from both sides of the SRO decision. We did not have that. We had a discussion where we were all trying to score points on an issue that was decided back in the spring.”

Wilson continued, “I was hopeful we would have dialogue about how the two bodies could work together and that didn’t happen. This is not the way we collaborate with another elected body, not the way we work with our police department. This sucks. This is disastrous.”

The first few weeks of the school year has seen an escalation of violence at or near ACHS, including two recent shootings nearby the school that involved juveniles. In response, the four council members who voted earlier this year to end the SRO program - Bennett-Parker, Aguirre, Seifeldein and John Chapman -- released a joint statement just minutes prior to the start of the meeting with alternative proposals to SROs.

In part, the statement read: “We will not be reimplementing the SRO program, but we offer instead a new path forward. We propose to add additional resources ... for ACPS to implement a holistic student health and safety solution, which includes a transitional period, immediate and ongoing support, and a long-term solution to begin in the 2022-2023 school year.”

However, not everyone, including Balas, received the statement prior to the council meeting, causing confusion and frustration and the statement was not mentioned during the marathon SRO debate.

Contreras noted that ACHS, along with George Washington and Hammond middle schools, has school security officers on campus. But Hutchings was quick to point out that SSOs, along with counselors, teachers, administrators and mental health professionals are not trained to handle guns, gang initiations, sexual assault and other more serious violations.

A regional and national debate about police in schools cites data that shows disproportionate effects of police on minority students and students with disabilities, and lack of data that SROs have resulted in safer schools.

At the end of the night, the motion carried to temporarily restore the SROs under the previous memorandum of understanding with the city but also instructed city staff to determine the cost of the alternative measures in the proposal by Aguirre, Bennett-Parker, Chapman and Seifeldein.

In noting the ongoing search for a new city manager, Wilson expressed his disillusionment in the impression left on anyone who observed the contentious tone of the evening.

“What person would watch this meeting tonight and say this is where I want to send my kids -- a school system that is governed by this relationship?” Wilson asked in frustration. “What city manager would say this is an environment I want to step into? This is horrible.”