A special honor will be given to Kate Garvey, Director of Alexandria’s Department of Community and Human Services, for her leadership in developing an effective response to the Covid-19 crisis through the coordination of local non-profit activities and the creation of innovative programs designed to help those most negatively impacted by the pandemic.

“This year’s honorees – Barbara Anderson, Esq., The Honorable William D. Euille and C Eugene Steuerle are community leaders who have made our city a wonderful place in which to live at any age,” said Maribeth Bersani, Senior Services of Alexandria’s Board Chair. “We are also pleased to honor Kate Garvey for her outstanding leadership in responding to the pandemic. All of these honorees have worked tirelessly to improve the lives of all Alexandria’s residents including its older adults.” 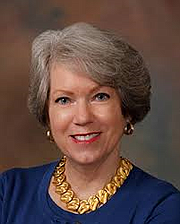 Barbara Anderson, Esq. is a long-time Alexandria resident, and has had a major impact on the lives of countless older adults through her work as an Elder Law attorney. She is the founding member of the Life and Estate Planning Law Center concentrating on estate and trust planning and administration, guardian and conservatorships, fiduciary services, asset protect planning and Medicaid, as well as a leader in the legal community throughout the State of Virginia. She was named as “Influential Woman of Virginia” in 2011 and 2020 by Virginia Lawyers Media.

Barbara and her husband Alan raised two sons in Alexandria, and she actively participates in numerous church, public school, civic and community organizations, frequently serving in leadership positions. A past president of the Alexandria Bar Association, she also served as a Board Chair of Senior Services of Alexandria from 2011-2012. She continues to work with SSA and other local nonprofits to form partnerships within the City to provide resources and services for older adults. Barbara was instrumental in organizing the very first Senior Law Day, an annual event co-sponsored by the Alexandria Bar Association that provides information to residents about the importance of estate planning.

Barbara has served as an Elder and Trustee in her faith community at Westminster Presbyterian Church. Also, she served as the Director of the Westminster Foundation from 1999-2003. Her work with the Alexandria Public Schools includes the TC Williams High School Scholarship Fund and the All-Night Graduation Party, and PTA President at Douglas MacArthur Elementary School. 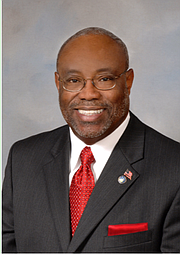 William “Bill” Euille is a life-long Alexandrian and former mayor whose life’s work has been helping the Alexandria community thrive and prosper. He grew up in an area of North Old Town Alexandria in public housing then known as “The Berg” where there is now a street named after him.

He was elected to City Council in 1994 and became the first African American Mayor of Alexandria in 2003, retiring as the longest-serving Mayor in the City in 2016. 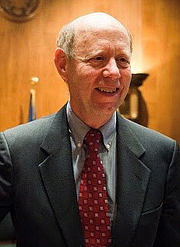 Eugene "Gene" Steuerle has called Alexandria home for over 40 years and has been engaged with charities and churches in Alexandria for many of those years.

He is most proud of the extraordinary dedication and commitment to others of his first wife, Norma Lang Steuerle, his current wife, Marguerite Scheflen, his two children, Kristin and Lynne, and five stepchildren, Jennifer, Katherine, Elisabeth, Caroline, and Abigail, all of whom have been great teachers to him and have begun passing on their own selflessness to his twelve grandchildren, and their children, nieces and nephews.

Gene himself has been engaged with charities and churches in Alexandria for many of those years, including joining with many very dedicated Alexandria citizens to found and then build up ACT for Alexandria, the city’s community foundation, for which he later became chair and now chair emeritus. As part of that founding effort, Kristin, Lynne and he transferred all the funds they received from taxpayers through a victim compensation fund following Norma’s death on 9-11-2001 to various charities, the primary one of which now stands as ACT. His current efforts in Alexandria now center on trying to develop a legacy campaign for the non-profits in Alexandria, following upon the success of its one-day fundraiser, Spring2Action, which in 2020 raised over $2.4 million for those charities.

In his day job, Gene is an Institute fellow, Richard B. Fisher chair at the Urban Institute and co-founder of the Tax Policy Center and the Urban Institute’s Center on Nonprofits and Philanthropy, where he studies charitable giving and charitable organizations. He is the author, coauthor or coeditor of 18 books and over 1,500 articles and columns. His newsletters can be found at https://blog.governmentwedeserve.org./. 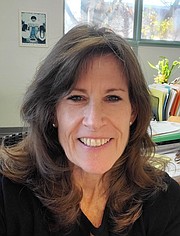 Kate Garvey is a pillar of the Alexandria community in her role as the Director of the City’s Department of Community and Human Services. Prior to her current position, Kate worked as the Chief of Children, Youth and Family Services for the Montgomery County Department of Health and Human Services for more than 10 years. She also worked in Pittsburgh, Pennsylvania where she served as the Executive Deputy Director for the Allegheny County Department of Human Services (DHS). Kate has served on multiple boards focused on human services, social justice and economic security issues. She has a master’s degree in Social Work in Community Organizing and Planning and a BA in English Literature from the University of Pittsburgh.

SSA’s “At-Home, Virtual” Gala will feature a delicious, three-course dinner and wine or a signature cocktail — all carefully packed for pick-up — to enjoy at your leisure. The evening’s events via zoom include hearing from our honorees, volunteers and clients; trivia; best-dressed competition (don’t skimp on the accessories!); and a fabulous on-line Silent Auction. If you are interested in sponsorship opportunities or to purchase a ticket for the event, visit www.seniorservicesalex.org. We look forward to celebrating SSA's work.