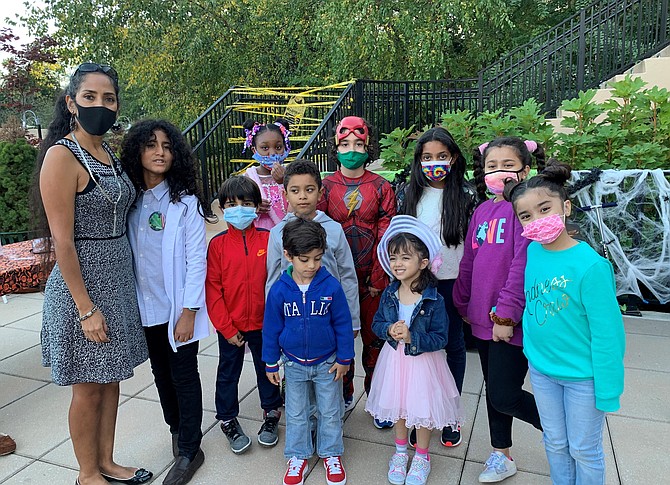 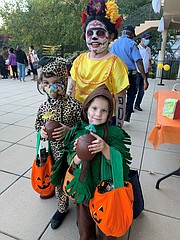 Seychelle Shamir, in back, is joined by sisters Allie and Gigi Iannucci at the Spooky Mad Science Expo Oct. 17 at The Watergate at Landmark. 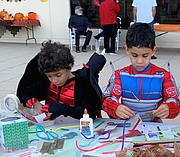 Attendees repurpose scraps to build a sustainable city at the Spooky Mad Science Expo Oct. 17 at The Watergate at Landmark.

With social distancing measures in place, hundreds of future astronauts, scientists, mathematicians and engineers turned out Oct. 17 at The Watergate at Landmark for the fourth annual Spooky Mad Science Expo, an event to combine Halloween and science learning projects.

The Expo is the brainchild of Watergate resident Zohreh Khoshnamak, who founded the community’s Science Club. The event was held with the participation of volunteers from organizations including the Smithsonian Air and Space Museum, National Science Foundation, National Society of Black Engineers, American Chemical Society, American Statistical Association, and the American Institute of Architects.

“My group is working on building a city,” said Ravine Kassam of the Northern Virginia Chapter of the American Institute of Architects. “The idea is to build a sustainable city out of recycled scraps.”

The Expo is a volunteer-based event and serves the families at The Watergate at Landmark, which has around 4,000 residents.

“The event is an opportunity to spark the interest in science and technology in kids,” Khoshnamak said. To learn more about the club, contact Zohreh Khoshnamak at khoshnamak@gmail.com.