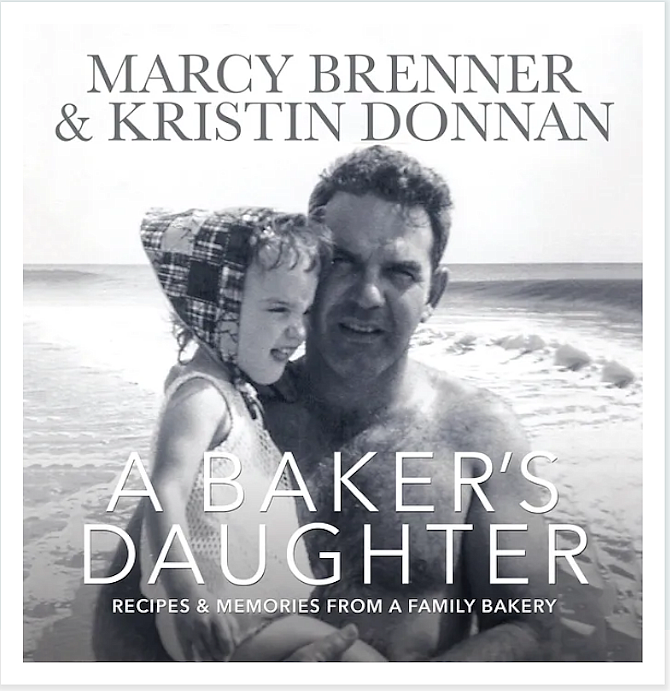 Memories of good food have a way of sticking around in the brain for years, decades, sometimes lifetimes after they’ve actually happened. Sweet rolls, decadent breads, perfectly sugary cookies … those decadent treats often leave a wallop in the memory bank, taking diners back to a happy time in life, often with people they love as the stars of the show. That’s the way Marcy Brenner feels about her father Max Brenner’s longtime shop, Brenner’s Bakery, which kept a residence at the Belle View Shopping Center for the better part of 50 years.

“One of the things about the bakery that’s so cool … was that people came to the bakery to celebrate things. So cakes, and pies, and Thanksgiving and Christmas – there we loaves of bread and basic things too, but we participated in everybody’s celebrations,” Brenner said.

Now, Brenner is allowing people from all walks of life – longtime customers, native Alexandrians, or just those interested in baked goods – to participate in Brenner’s Bakery history in a whole new way with her book, “A Baker’s Daughter: Recipes and Memories From a Family Bakery.”

“I started writing, and I started baking, and I ended up creating over 50 recipes of everybody’s favorites that they can now bake at home,” she said.

Brenner, a native of Alexandria, grew up in her father’s bakery – and enjoyed the perks of ownership.

“As a baker’s daughter, I got to turn right and go behind that case and open the drawer and get what I wanted,” she laughed.

And the baking gene extended generations before Max Brenner. Indeed, his father Louis opened a bakery upon immigrating to the United States in the early 1900s with his wife, Sadie.

So secretive was the family’s religious history that Marcy Brenner didn’t learn some key pieces until doing research for her book.

“I discovered my grandfather kept a kosher bakery – but never talked about it,” she said. Only through her grandfather’s old recipes did Brenner realize that each one kept kosher.

Through the book, which is structured around key people in Brenner’s life (and bakery), readers and bakers alike can enjoy the historical walk-through of a historic Alexandria landmark while also testing out the bakery’s recipes to make at home. It’s that confluence of memories – both culinary and cultural – that has sparked the most attention.

“What’s really resonating is the narrative of the nostalgic sepia tone of memories of people’s childhoods, of the birthday cake with the bluebirds on it … the ladies in front who wore the white uniforms,” Brenner said.

And what also is resonating, Brenner said, is her very own father, Max, and the culinary legacy he has left behind.

“I get to share him with all these people,” she said. “He’s a special loving guy – and I’m not just saying that because I’m his daughter.”