Black History for a New Generation

Lessons on the contributions of African Americans not limited to February. 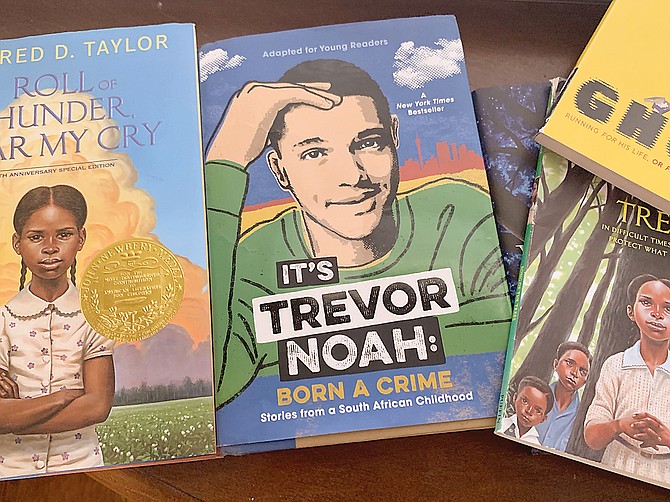 While February is designed to raise awareness of the societal contributions of African Americans, in some schools, it’s taught all year long. Photo by Marilyn Campbell.

“It’s part of Madeira’s curriculum…not specifically for Black History Month,” said Karen Joostema, Director of Communications at Madeira. “[Students] taking Modernism will be researching a Harlem Renaissance poet of their choice, analyzing their lives and work. Juniors have also read Frederick Douglass’ Narrative and Toni Morrison’s Song of Solomon to interrogate the promise, failures, and continuing work in the U.S. on race and civil rights.”

The school’s curriculum, says Joostema incorporates studies of the contributions of all cultures including those of African Americans, seamlessly throughout the year. “AP (Advanced Placement) seniors will be finishing up Ralph Ellison’s Invisible Man, working to understand how Ellison viewed the struggles of race and class in the middle of the twentieth century and how he viewed himself as part of the American literary tradition, as voiced in his response to Irving Howe, “The World and the Jug,” she said. “Sophomores have just finished reading a short story from the Kenyan writer Ngũgĩ wa Thiong'o along with a play from the white South African playwright Athol Fugard. Ninth graders read Maya Angelou’s I Know Why the Caged Bird Sings to explore how identity, one’s sense of self, are shaped by race, class, gender, and geography.”

At The Heights School, African American history is part of year round study, said Linda F. Maher. “We study seminal figures in American History, many of whom are African American, so it’s just a given that it’s just a part of studying history throughout the year,” she said. “Studying the Civil Rights movement, for example, is integral to our study of Civics.

Still, February offers an opportunity to focus on African Americans history outside of tragic events. KiKi Davis, Director of Institutional Equity and Diversity at St. Stephen's & St. Agnes School, says that African Americans have contributed to every aspect of American culture, her school’s celebrations include recognition for those influences. “[We’re] celebrating the contributions of African Americans to the arts literature, music, theater,” she said. “Students will learn about the contributions and the effects of Americans of African descent in other segments of society including, academia, medicine and science.”

“There will be several lunch forums held for our students to discuss issues directly relating to the African American experience,” said Davis. “Many teachers will incorporate historical facts and references in their curriculum.”