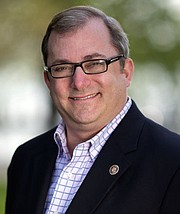 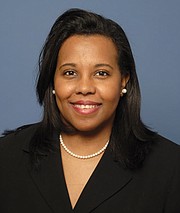 More than $3.5 million in campaign cash has an Alexandria mailing address this election cycle, a spending spree that reflects the stakes this year’s election. Control of the House of Delegates and state Senate is at stake, and partisans on both sides are trying to influence the outcome.

At the top of the list is commercial real-estate mogul Thomson Hirst, son of longtime General Assembly member Omer Hirst, who represented Falls Church and Fairfax in the House and Senate. He’s given more than $300,000 to WinVirginia, a political action committee where he also serves on the board of directors. The PAC is helping state Sen. Jeremy McPike (D-29) keep his seat in Prince William County as well as helping Democratic challenger Dan Helmer take on Republican incumbent Del. Tim Hugo (D-40). Hirst also has a list of candidates he’s helping directly.

The vast majority of money from Alexandria is going to Democrats with one notable exception, Virginia Republican Victory Fund. The Alexandria-based political action committee spends most of its money in Loudoun County, where Republicans have competitive races on the Board of Supervisors and are trying to hang on to a Senate seat currently occupied by retiring Sen. Dick Black (R-32). Republicans in Alexandria are also providing support for Republican challenger D.J. Jordan, who is trying to unseat freshman Del. Elizabeth Guzman, who unseated longtime Republican incumbent Scott Lingamfelter two years ago.

“This election represents a check and balance,” says Andrew Lund, chairman of the Alexandria Area Young Republicans. “If all the executive offices are run by Democrats, the only check or balance is the legislature.”

Leadership committees are also throwing around their influence this year, especially the one controlled by state Sen. Adam Ebbin (D-30). If Democrats take control of the state Senate next year, Ebbin would be in a position to assume a leadership role because of his ability to help candidates in tight races this year. Del. Charniele Herring (D-46) already has a leadership position as chairwoman of the House Democratic Caucus, and she helped attract SNL luminary Alec Baldwin and presidential candidate Kamala Harris to big-money fundraisers. Other elected officials hitting the fundraising circuit include U.S. Rep. Don Beyer (D-8) and Councilwoman Del Pepper.