Firefighters and Friends to the Rescue in Alexandria
Votes

Firefighters and Friends to the Rescue in Alexandria 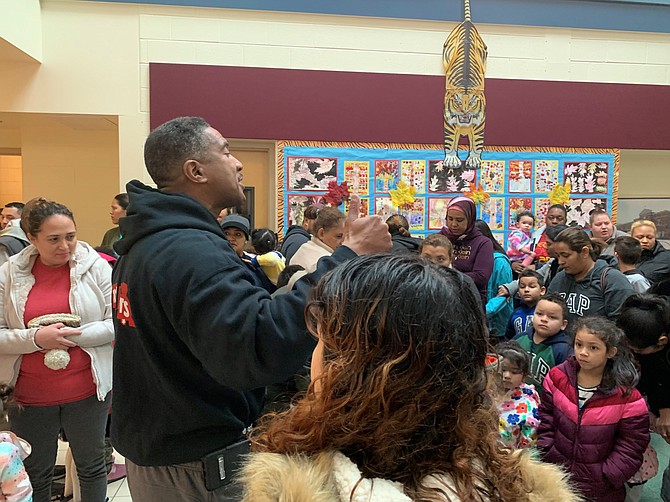 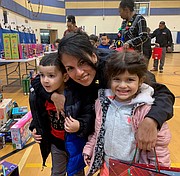 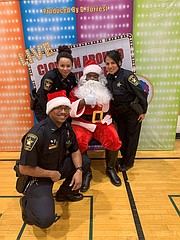 Volunteers from the Alexandria Sheriff’s Office pose for a photo with Santa at the Firefighters and Friends toy drive distribution Dec. 14 at Samuel Tucker Elementary School. 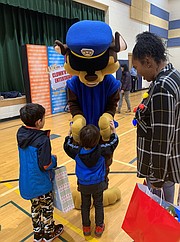 Children play with the popular Paw Patrol character, courtesy of from Clowning Around Entertainment, during the toy drive distribution Dec. 14 at Samuel Tucker Elementary School.

Christmas arrived early for some local families as more than 600 toys and gift cards were distributed during the Firefighters and Friends annual toy drive distribution Dec. 14 at Samuel Tucker Elementary School.

“This was our best year,” said former Alexandria City Councilman Willie Bailey, who founded the Firefighters and Friends toy drive 20 years ago. “Each child selected two toys and three books and had a chance to visit with Santa and a character from the cartoon Paw Patrol.”

Volunteers escorted children to various tables to help in the selection of toys and books.

“As always, our volunteers were awesome,” Bailey said. “I would like to give a special thank you to the Departmental Progressive Club for joining forces with us again this year. In its 92nd year of existence, the DPC members look forward to this every year.”

“Everyone here today agreed that there is nothing more wonderful to see than the innocent joy in the children’s eyes when they see all of the toys, books, and of course Santa Claus,” Bailey said. “This would not have been possible without the support of our sponsors and volunteers so in the end Teamwork made the Dreamwork.”

Among the volunteers were representatives from the Alexandria Sheriff’s Office and the Alexandria Police Department, including Police Chief Michael Brown.

“I have been asked for so many years why I do this,” Bailey said. “All I can say is that I learned to give, not because I had much, but because I know exactly how it feels to have nothing. The best gift I have received for the past 20 Christmases is watching the smiles on these kids’ faces.”