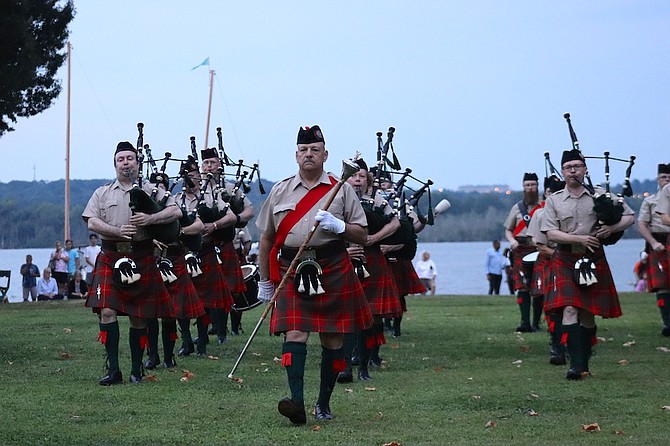 The City of Alexandria Pipes and Drums march off the field at the conclusion of their concert. Photo by Sarah Sklar/Gazette Packet 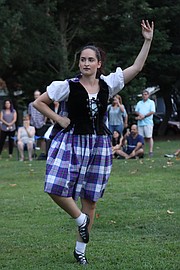 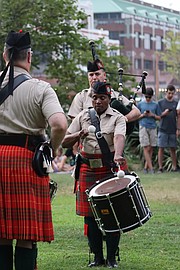 Drummers in the City of Alexandria Pipes and Drums perform traditional stylistic hand movements while performing at the Waterfront Park.

The City of Alexandria Pipes and Drums (CAPD) performed Thursday night, Aug. 1, for both local residents and tourists at the Waterfront Park. The band played multiple well-known tunes, such as “Amazing Grace” and “Scotland the Brave,” and traditional Scottish dances were performed as well. The members of the band were dressed in their traditional uniform, which made the free concert even more intriguing to passersby. For those who are interested in joining or observing the band, CAPD rehearses every Thursday from 7-10 p.m. at the Durant Center, 1605 Cameron St., and also performs at other Alexandria events such as the Scottish Walk and the St. Patrick’s Day Parade. More information about the CAPD is available at http://www.capd-online.com/.