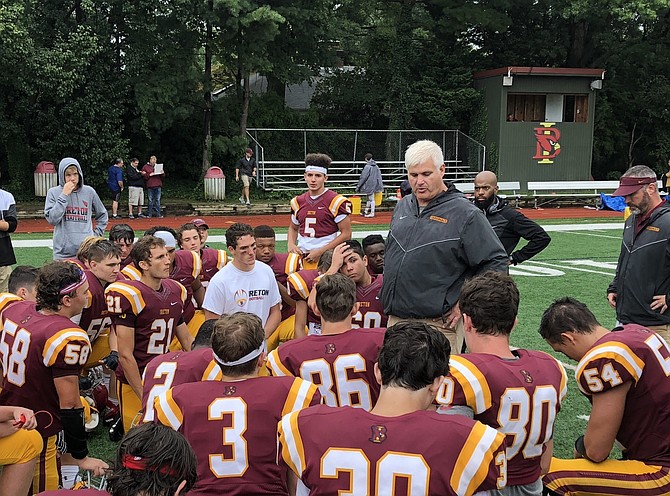 The Alexandria Sportsman’s Club will kick off its 2018 year with High School Football Coaches night Sept. 19, which will introduce to the public the new head coaches at Bishop Ireton and Episcopal high schools.

A tradition for more than 50 years, High School Football Coaches Night will feature the head coaches from all four of Alexandria’s high schools. Those expected to attend include, Mark Moroz, who is in his first year at Episcopal High School. Moroz was named head coach for the Episcopal Maroon in March after seven years at Christ School in Asheville, N.C., where he had a 63-17 record.

Bishop Ireton’s new head coach, Charles “Chip” Armstrong, will also be attending, along with T.C. Williams coach Jimmy Longerbeam, who is in his third year, and St. Stephen’s and St. Agnes coach Bernard Joseph, who is in his 10th year.

The organization will also recognize the Athlete of the Month, a student athlete nominated by their coach and athletic department who has shown both academic and athletic prowess in the current athletic season.

“We have some exciting things planned for this year,” said ASC president Jim Gibson. “Beginning with our High School Football Coaches Night and throughout the year, we plan to become more engaged with our students across the city.”

The meeting will be held at the Old Dominion Boat Club, 200 Strand St., at 6:30 p.m. The event is free and open to the public. Refreshments will be served. For more information, visit www.alexandriavasports.org.