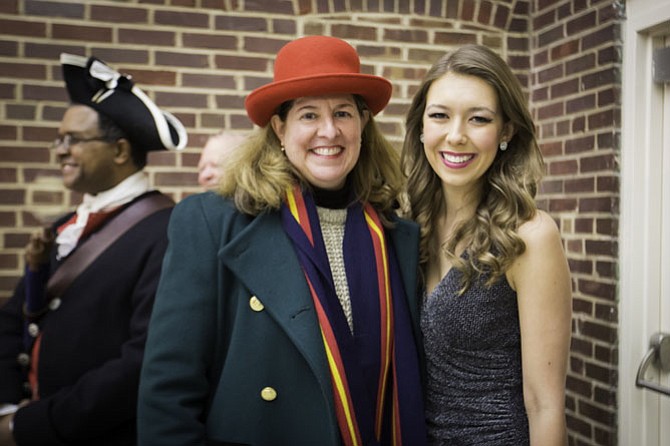 “We had a few less attendees this year but those who did come out had a great time.” — First Night Executive Director Ann Dorman 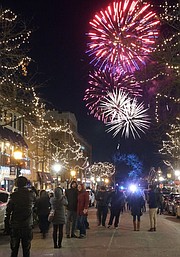 Fireworks light up the sky over the Potomac River to usher in 2018 as part of the First Night Alexandria celebration.

The Stairwells all-male a cappella group from the College of William & Mary perform at the Old Presbyterian Meeting House.

Photo by Will Niccolls

Classic rock music by The Dr. Robert Band gets the crowd dancing at the Fraternal Order of the Eagles. 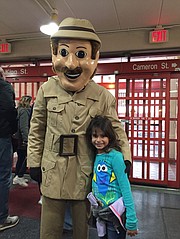 Despite frigid temperatures, thousands of revelers descended on Alexandria to ring in the New Year as a midnight fireworks show ushered in 2018 and concluded the 23rd annual First Night Alexandria celebration.

“We had a few less attendees this year but those who did come out had a great time,” said First Night Alexandria executive director Ann Dorman, who estimated a crowd of about 8,000 compared to 10,000-12,000 last year. “Hotels reported a few cancellations but said that those who attended are already booking for next year.”

More than 150 performances took place at 24 venues in Old Town and Del Ray, with live music, dancing, children’s face painting and games. A Fun Hunt took place during the day and a Battle of the Local Stars at the Durant Arts Center featured a special appearance by local favorite Keira Moran, who used the evening to record a live performance with the T.C. Williams Orchestra.

A graduate of T.C. Williams High School, Moran’s six-song performance with the 22-piece orchestra was recorded for a special set that will be available on iTunes early next year. One hundred percent of proceeds from sales on iTunes will go to APCS.

“Unfortunately this is probably Keira’s last performance with us,” Dorman said. “She’s living in L.A. now but we were lucky to have her back.”

After 17 years at the helm of First Night Alexandria, Dorman is stepping down. She was recognized for her efforts by former U.S. Rep. Jim Moran at the Durant Arts Center.

The First Night concept was launched in Boston in 1975. While hundreds of First Night events across the country have disappeared since that time, First Night Alexandria has continued to grow and thrive, becoming one of the largest and most successful events in the region while adhering to the original concept of charging one price for an array of family-friendly entertainment.

“I’m sorry we did not go out with a banner year,” Dorman said. “Next year will be a transition period for the First Night organization so I’ll still be around. But I also plan to go out and see some of these great entertainers I’ve been hiring all these years.”