Too Much Parking in Alexandria?
Votes

Too Much Parking in Alexandria? 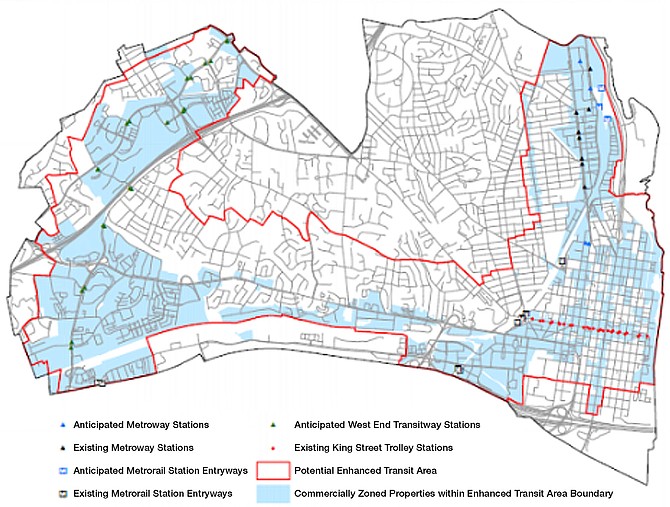 Map of Enhanced Transit Areas where commercial properties would have a parking reduction. Photo contributed 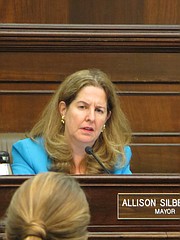 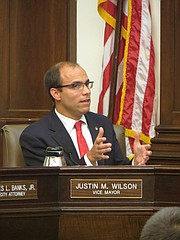 Alexandria has too much parking.

As hard to believe as that may be for anyone who has ever tried to find parking in Old Town, an ongoing study of commercial parking standards in Alexandria says the city’s parking standards are requiring Alexandria’s businesses to provide too much parking.

The study is part of the city’s ongoing efforts to update its 50-year old parking standards. In the last five years, 40 percent of the commercial cases brought to the City Council for approval have included requests for parking reductions, all of which were approved.

The study found that commercial parking spaces had 59 percent occupancy during peak usage. Of the 59 sites examined in the study, all but one had a lower parking demand than they required. Of those interviewed at local restaurants, 52 percent said that they did not drive.

Furthermore, excess parking spaces in the city are taking up land that could be used for other purposes, like school facilities. Across Alexandria, 10 percent of the city is covered in surface parking lots.

As a result, a series of draft recommendations are being proposed to modernize the city’s commercial parking standards. One recommendation is a modified map with zones of parking requirement based on their accessibility to transit. An Enhanced Transit Area is marked along Alexandria’s current and planned Metro stations and transitways, requiring fewer parking spaces than commercial properties outside this area.

The recommendations simplify parts of the parking standards, like collapsing the eight different commercial parking categories into one. The new standards would also include new minimum and, for the first time, maximum ratios for parking at each site.

“We should have maximums,” said Councilman Timothy Lovain. “Overparking is a quality of life issue. Parking garages and surface areas as asphalt sit unused when they could be used for green space or schools.”

One of the other concerns prompting the review of Alexandria’s commercial parking standards was the impact on small businesses that can’t afford to build parking decks or underground parking garages. As a result, businesses under a certain size would not have a requirement to provide parking, similar to exceptions currently in place along King Street and Mount Vernon Avenue.

The last recommendation is to allow shared parking, which would create an approval process to allow businesses to designate parking spaces shared between multiple commercial properties.

The new commercial standards were mostly met with support from the City Council, but Mayor Allison Silberberg expressed concerns that the standards could exacerbate existing parking woes and questioned whether some of the numbers provided as part of the study are truly reflective of the parking situation in Alexandria. In particular, Silberberg noted that the 10 percent total surface area covered by parking lots included the large swaths of empty parking outside of unused facilities like the Victory Center and Landmark Mall.

“In my observation, in many parts of the city, there is a dearth of parking,” said Silberberg. “It is a struggle.”

Silberberg said she understood why businesses would be pushing for a change in the parking standards, but said the council had to ensure that adequate parking was still being provided.

Councilman John Chapman noted that many of the city’s parking problems are not problems of supply, but ease of accessibility. Chapman referred to studies in recent years presented to the City Council showing that on-street parking along King Street was overcrowded while parking garages less than a block away sat empty.

“The scarcity people are referring to is on-street scarcity,” Vice Mayor Justin Wilson agreed. “There’s plenty of garage parking people don’t use. The other question is who we saddle with the responsibility of creating on-street spaces. Small businesses simply cannot do that. Either we are condemning certain business spaces not to be utilized, or we want to create a scenario where we have real shared parking.”

A meeting will be held on Nov. 1 to allow the public to review the data collected and provide feedback on the recommendations. The task force working on developing the new commercial parking standards will finalize the recommendations in November for presentation to the Planning Commission and City Council in December.