The New Boss of T.C. Williams 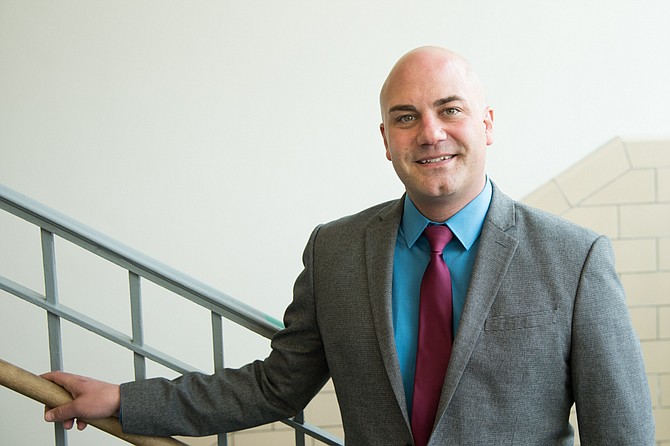 For Peter Balas, being appointed to be the new principal of T.C. Williams High School isn’t just a new job, it’s a homecoming. On March 27, Superintendent Alvin Crawley announced that Balas was appointed at the principal after Principal Dr. Jesse Dingle retires in July.

“I was excited when I found out,” said Balas, who started his career in education at TC 15 years ago as a 9th grade social studies teacher. “This is not your traditional high school. It’s the largest high school in Virginia. We have some work to do to reestablish TC as the hub of the community. We need to start by working with staff and students and make sure we’re all on the same page.

Balas started his time at the school at the Minnie Howard Campus of TC before becoming an administrator on the main campus.

“Having taught there, it was a great experience and a truly special place,” said Balas. “I will be [making an] effort to make them feel united.”

Balas says he will be holding informational sessions for parents to meet him and hear about new plans in the school as they develop. For the last five years, Balas has been working to transform Mount Vernon Community School into the first full K-5 dual language program in the city. Balas said the school served two different neighborhoods: Del Ray and Arlandria, and Balas learned to reach out to staff and rely on them to establish relations and make inroads in both communities.

“I plan on doing a lot of listening and a lot of learning,” said Balas. “I’ve learned to rely on my staff. We need to listen to them, hear what is going well and what needs to be looked at.”

Balas said he is eager to begin listening to teacher and student feedback on a number of topics, including a push to implement restorative justice practices at TC. Restorative justice is a remodeling of the discipline system to involve the students in working on a solution to a problem rather than resorting to punitive actions that impede education, like suspensions.

“In schools I do feel that often we hand out discipline,” said Balas. “I do like the way restorative justice gets kids involved in reaching a solution.”

So far, reaction to Balas’ appointment has been positive from school staff and officials. Holly Dowling is a school transformation coach at Mount Vernon Community School and has worked with Balas for the last five years.

“He is by far the best leader I have ever worked for because he is a great listener, extremely compassionate, and an excellent motivator,” said Dowling in an email. “He respects everyone in his school and every decision is made with the students’ best interest in mind. Teachers and students alike work to make him proud. As a teacher that made the transition out of the classroom and into a coaching role under his leadership, I am forever grateful. His guidance, motivation, and constant push to be better helped me tremendously.”

Dowling said Balas has a reputation of being energetic and working to keep students engaged in school activities.

“Peter is full of energy and always willing to go the extra mile,” said Dowling. “He has been taped to the wall and dunked each year by of his students, he fully participates in spirit week even wearing pajamas. He can be seen throughout the building every day speaking to students by name, asking them personal questions or just giving high fives.”

“T.C. Williams is an incredible learning environment that presented an exciting leadership opportunity,” said School Board Member Veronica Nolan, who represents T.C. Williams. “We could not be more thrilled to benefit from Peter Balas’s expertise and proven track record. We are grateful to Dr. Jesse Dingle for the foundation he has paved and appreciate Mr. Balas’ inspiring vision to ensure T.C. Williams is a rigorous academic community that allows every student to reach their potential.”