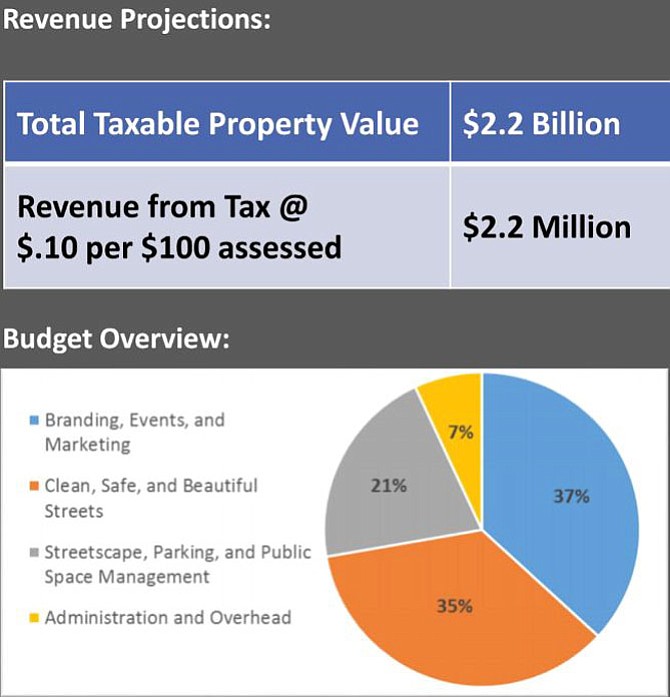 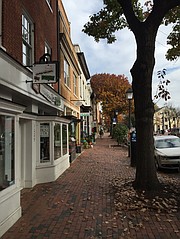 Those opposed and those in favor of a new Business Improvement District have much in common. Many of the business owners on both sides of the debate feel that the city has not properly maintained the streetscape along King Street and has not provided proper services to local businesses. Most local business owners agree that the lack of these services has hurt business. But where the local business community remains sharply divided is how to bring these services back to businesses in Old Town, and more importantly: who will pay for it.

Several in the city are pushing for a Business Improvement District (BID). BIDs are 501c nonprofits made up of business and property owners within the borders of the BID. The BID provides public space and events management, advocacy for local businesses, and streetscape improvements beyond what is provided by the city. The BID would also serve as a point of contact for disseminating information on new policies and proposals that affect businesses within its district.

Every business between the King Street Metro Station and the Waterfront, with Cameron and Duke streets forming most of the north and south boundaries, will be a part of the new BID. The BID also extends along parts of Washington Street and includes the areas of the Waterfront between North and South Robinson Terminals. The BID is funded by a tax on all commercial properties within that district.

“The proposed tax rate is 10 cents per $100 of assessed value,” said Stephanie Landrum, president and CEO of the Alexandria Economic Development Partnership. “The tax would be levied on property owners, and it would come to them in the annual real estate tax bill. The way the proposal is written now, this tax will be levied next year. Tax rate is set in May 2018, first payment made by property owners in June 2018 … based on the 2018 assessments.”

An estimated $2.2 million will be collected by the city and transferred to the BID. The tax is only levied against commercial property owners within the confines of the BID, though a process exists for residents to opt into the program and have a vote in the BID. For businesses that are mixed commercial and residential, property owners only pay for the portions of the building that are commercial.

According to Landrum, the idea of a BID for Old Town has been around since at least 2005 when a retail study first recommended a BID for King Street. The idea has resurfaced again over the years, notably as a recommendation of a study by the MGM readiness task force. A subcommittee of the Waterfront Commission also undertook a yearlong study of governance models for local businesses and concluded with a recommendation for a BID.

For many of the city’s business community, the BID is a way to provide the services they feel the city hasn’t.

“King Street looks shabby,” said Jody Manor, a local restaurateur. “Look at the ground, at the tree wells. It doesn’t look good. And we’re competing with other areas who do have BIDs, who help make their areas look competitive. We have to up our game.”

But other local business owners are wary of a BID and say the services they will be paying extra for are ones the city should already be providing.

“A lot of us don’t know where the taxes we already pay are going,” said Cindy McCartney, owner of Diva Designer Consignment and Other Delights. “We’re paying a lot of money … I don’t see why that shouldn’t be put back into businesses.”

“Everybody’s concerned,” said Kyong Yi, owner of Fontaine Caffe & Crêperie. “Tax rates for all our properties went up already. So now we’re going to put another tax? I don’t think people are really happy about this. We’re all trying to watch our budget. If majority wants this, I’m willing to try it. But first I need to see that the business community does want this. I don’t think the city knows. Ten or 20 people [supporting this] does not represent the hundreds of businesses … I’m not against a BID, but I think if you create something, you have to identify if there is a need and if people want it.”

Landrum and many supporters of the BID argue that, while the city taking the reins and providing these services would be ideal, it’s not realistic

“The number one question we get is: why doesn’t the city just pay for this?” said Landrum. “It’s a fair question … [but] given the city’s financial situation, it’s unrealistic or impossible to assume city will designate $2.2 million for beautification, activation, and marketing of Old Town. We need this to stay competitive and the city is not in a position to step up.”

“There is a possibility of enhancing Alexandria and making it more attractive to tenants and tourists,” said David Martin, owner of Gold Works. “You’d be stupid not to have a BID. The city can’t pay for [services]. The city can’t budget that in. They want schools improved. They want police officers paid more. Everything they want is more important than street maintenance.”

Martin was the driving force behind the lights in the trees along King Street. He hopes that a new BID could help finance the lights being kept on year-round, as well as other similar projects to help make King Street more visually appealing.

“I want this city to look as good as Shirlington, Paris, or Miami,” said Martin. “Without a BID, we won’t get what we need … I think it’s affordable, and without it, you’re not going to get [these services]. My store depends on the quality of the street. The streets haven’t been cleaned, and without a BID, they won’t be. People against the BID are being shortsighted.”

Others believe the timing of the potential BID tax along with a the recently proposed increase in city taxes could drive out smaller businesses trying to operate along King Street.

“As a longtime retailer, I can appreciate the effort and the meaning, and I’ve been really trying to keep an open mind, but because City Council proposed significant property tax increase, this is not the time,” said Kim Putens, owner of Bloomers. “We have chronic problems, and I don’t believe an extra tax is the way to go about it … It’s difficult for me to understand: we get absolutely no services from the city. We don’t even get trash picked up. They can’t find a way to fund and improve the single business district that they have.”

“Having empty buildings along King Street does not draw customers to this town. Point blank,” said Putens. “I’m across the street from a chronically empty building … for at least 15 years. In a historic town like Alexandria, with so much to offer, that’s inexcusable. And there are chronic examples up and down King Street. Twenty years ago: people didn’t walk past Washington Street. Walk up to there, then turn around. There wasn’t anything. When you approach a block with five empty spaces, people are going to think there’s nothing going on.”

Like the others, McCartney said she agreed with many of the ambitions of the BID, but is unconvinced that the program can provide them.

“Their dreams are all well and good, but it’s all very pie-in-the-sky,” said McCartney. “I feel like the things they want to do are terrific, but I don’t think just businesses should pay … the attitude towards businesses needs to change. We have had to fight not to pay extra taxes and extra bills, and it has all been a fight up-hill.”

McCartney also criticized the process by which the BID has been advertised. In a door-to-door survey, many businesses owners along King Street had not heard of the BID. Landrum says flyers about the BID were sent to property owners, but one of the challenges in advertising information about the BID process is that no comprehensive lists of businesses within the affected area currently exists. Landrum says various types of lists have been used, such as emails provided to the Boutique District or to AEDP, but some businesses do not belong to any such groups.

“Frankly, this is one of the issues that a BID would solve,” said Landrum. “Right now, there’s no one place that has comprehensive lists like this.”

The academic view on BIDs is mixed. Frank Shafroth, director of the Center for State and Local Government Leadership at George Mason University, said there are a number of benefits a BID can bring a community.

“Research indicates that BID’s have been successful in reducing crime rates,” said Shafroth in an email. “BIDs have had a large, positive impact on the value of commercial properties — on average enhancing values significantly more rapidly than comparable properties in the area — but outside the district. That means the evidence would point to their success in improving the level and quality of local neighborhood amenities.”

However, Shafroth said some of the success is dependent on the scope of the BID.

“That being said, the size of a BID matters,” said Shafroth. “Studies have indicated that small BIDs have little to no impact, and can actually lead to reductions in commercial property values. The minimum threshold in New York City, for instance, is about $200,000 per year in assessments — a level which fails to raise sufficient capital to make any observable impact. While Alexandria is obviously not New York City, establishing a minimum threshold would matter.”

Terry Rephann, a regional economist with the Weldon Cooper Center for Public Service at the University of Virginia, was a city councilor in Cumberland, Md. in the late 1970s. Rephann said the central business district was facing a lot of competition nationwide because shopping was moving to the suburbs and the downtown area had to compete with indoor malls and other shopping centers accessible by the new interstate.

“They were losing business, so they created a plan to revitalize the downtown area, to create a pedestrian mall with brick over the old streets and create event programming, marketing, and do additional landscaping,” said Rephann. “But the increased tax rate was a detriment for businesses. They could move right outside the tax area and gain the same benefits. It was a failed experiment. It didn’t have a huge impact on the vitality of that region.”

But Rephann noted that a BID in a less rural area could have different results, as the success of BIDs in Arlington have shown.

“Areas that are primarily office downtowns where they create more of a mixture of retail, that works out a little bit better than more remote, rural mid-size towns,” said Rephann. “There’s different challenges. There are some measured positive impacts, property values and reduced crime.”

Unfortunately, Rephann said, academic research into BIDs is limited. The organizations are created at local levels and Rephann said no larger database for BIDs exists to make research on the topic feasible.

Information about the proposed BID is available at oldtownbid.com. The site includes a list up upcoming meetings, but the time and location for April are still “to be determined.”

“We will be moving towards request for City Council to receive [the proposal] in May,” said Landrum. “It depends on how these meetings continue to go.”