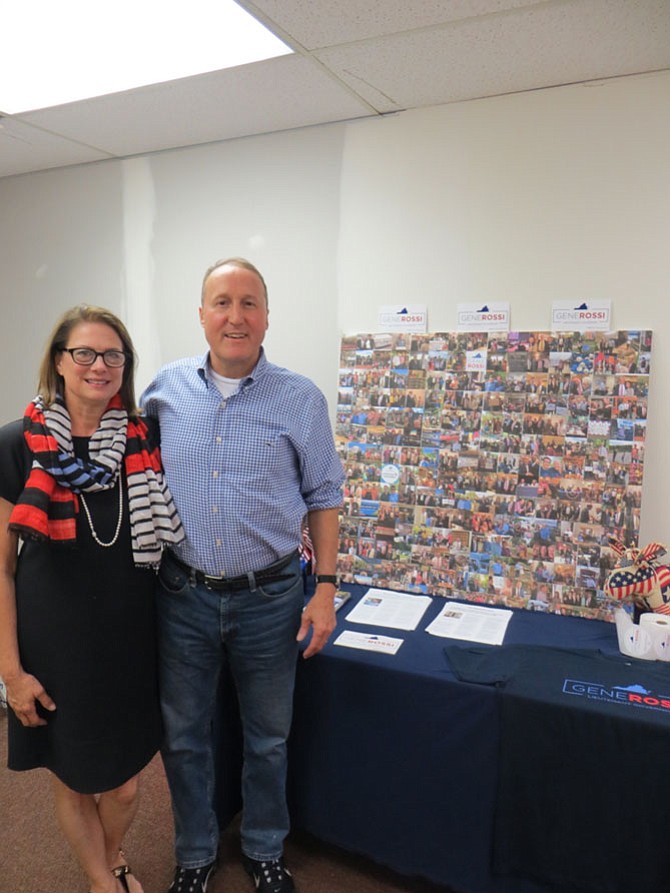 For someone with a very keen sense of fairness, life has not been very fair to Gene Rossi.

Seven years ago, Rossi received a midnight call that his daughter had been taken to the emergency room after suffering severe pains. She had cancer on her heart, and the doctors said it was a miracle that she was still alive. After seven months of treatment she finally recovered. But then, four years ago, Rossi found himself in the hospital bed being treated for amyloidosis, a rare blood disease that gave him about 50-50 survival odds. While in bed, Rossi says he watched the second inauguration of President Barack Obama, mostly keeping an eye on shots of the crowd to try and catch a glimpse of his two sons. As he watched the speech, Rossi said he promised himself if he made it through the treatment he was going to do something with his life: he was going to run for office.

Now, Rossi is making good on that promise to himself. Rossi, a longtime resident of Alexandria, is running for lieutenant governor. He faces opposition from two other northern Virginia residents, Justin Fairfax and Susan Platt. Rossi worked as a U.S. attorney in Alexandria for 27 years working extensively on drug-related cases, from helping lock up drug kingpin Ernesto Cole in 2001 to prosecuting Dr. William Hurwitz for excessive subscribing of opioids.

Inspired by his own experiences, criminal justice, healthcare and education reform all form the major tenets of Rossi’s campaign. In many ways, Rossi said Alexandria has been a template for social and criminal justice reforms that need to be applied statewide. In particular, Rossi praised the work he’s seen the Alexandria Police Department, under former Chief Earl Cook, put into maintaining community relationships.

“He really has the best interest of the kids at heart,” said Slover. “He doesn’t care if he has the most skilled players or the least, he works to develop them all. He’s a very positive guy. Those are the kind of people we look for in volunteers.”

Slover also said Rossi makes a special effort to work with youth off the court as well. Slover said Rossi frequently checks with them on their grades and tries to stay aware of their school and home life.

“It didn’t matter to him where the kids came from,” said Slover. “He was going to work with them no matter what. It wasn’t always about basketball, it was about becoming strong young men.”

The primary for Virginia’s gubernatorial race will be held on June 13.