Ending on a High Note at T.C. Williams
Votes

Ending on a High Note at T.C. Williams 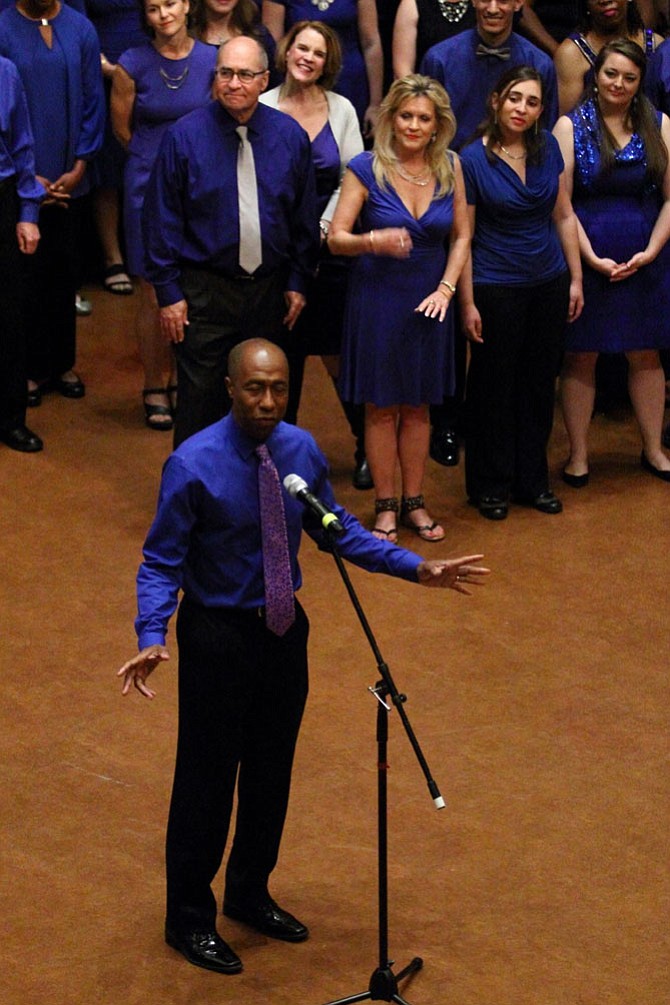 Jesse Dingle, outgoing principal of T.C. Williams High School, performs “Let It Sing” with the Alexandria Singers June 11 at the George Washington Masonic Memorial. An accomplished singer, Dingle has been a tenor soloist with the group for the last two years. Photo by Tool Jampathon

After two years as principal of T.C. Williams High School, Jesse Dingle is leaving for Asheville, N.C. But it is not just the students of TC he is leaving behind. During his time as a Titan, Dingle has been a soloist with the Alexandria Singers and gave his final performance June 11 at the George Washington Masonic Memorial.

“We’re going to miss Jesse,” said music director Bill Colosimo of the tenor soloist. “He has been such an exciting and talented addition to The Singers.”

Dingle brought down the house with his rendition of “Let It Sing” as the 80-member show choir wrapped up its season with three performances of “Sing!”

The Alexandria Singers, a nonprofit arts organization, will host a free workshop at Convergence July 22 for anyone interested in learning to sing. Open auditions for the pops choir will be held Sept. 12 and 19. For more information, visit www.alexandriasingers.com.