Raiders of the Lost Art
Votes

Raiders of the Lost Art 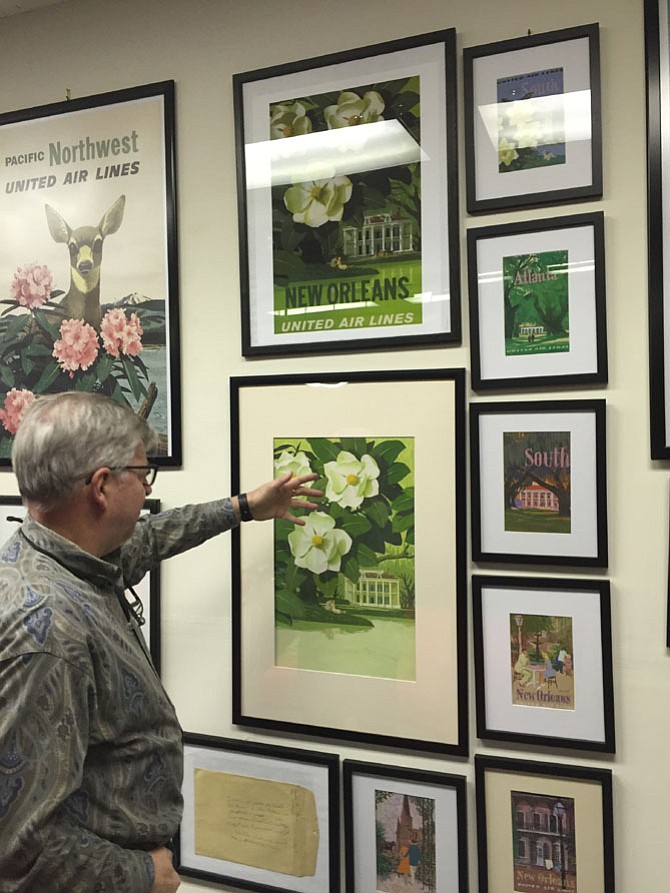 Robert Luther with part of his Stan Galli collection.

Alexandria — Robert Luther introduces himself as a treasure hunter. Next Tuesday, the

auction for his latest collection starts at $1 a piece. The prize? A piece from Luther’s collection of ‘50’s art legend Stan Galli.

Galli, born in 1912, was an illustrator who worked in magazines like Reader’s Digest and the Saturday Evening Post. He is also renowned for his advertising art, doing series of paintings for Weyerhauser Lumber and United Airlines throughout the ‘50s and ‘60s.

“Art was very much a presence in our household,” said Stan Galli’s son, Tom Galli. “Every night at dinner he would bring in some art and we would all review it. Since he worked at home, my classmates were invited up to the studio to watch him work. It was an everyday part of life.”

Tom Galli said his father was keenly observant, a trait that comes across in his art. 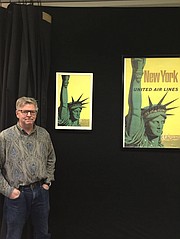 Robert Luther with an early and final version of Stan Galli’s New York piece, from a series of United Airlines advertisements.

“He could draw anything from any perspective, at any time, at any size without reference,” said Tom Galli. “He observed things that carefully. Some things that he did early on are so graphically accurate that at first glance you have a hard time telling whether it was a photograph or a painting.”

Luther found out about Stan Galli from a woman Luther worked with who was a distant relative. Luther, who has an interest in vintage cars, was immediately drawn to Galli’s automobile advertising art from the ‘50s. Slowly, Luther began to build a collection of Galli’s art, mainly advertisements he painted or pieces for magazines. Luther’s interest was particularly in sketches showing the stages and progression of each piece leading up to the final version. Much of the art was collected by Luther when he flew out to San Francisco to meet Tom Galli, who had kept much of his father’s work in storage.

The art fills a warehouse space originally designed for cars beneath Luther’s business, a website design company called CountyWebsite.com, but the rooms currently look like a hidden art gallery in the heart of Old Town. Luther says he tried to sell the pieces to museums or universities at relatively low cost, but that both receive so much artwork donated that they weren’t interested in paying for more.

Collection of Stan Galli artwork from United Airlines advertisements in the 1950s and ‘60s.

The entire collection cost Luther $50,000, and the bidding at each piece starts at $1. Luther says there’s a good chance he could lose money on the paintings, but Luther says he just turned 60 and it felt like it was time to move on.

The art will be previewed on Jan. 24, starting at 6 p.m. at 1207 A King Street. The auction will be held online at bobluther.com.