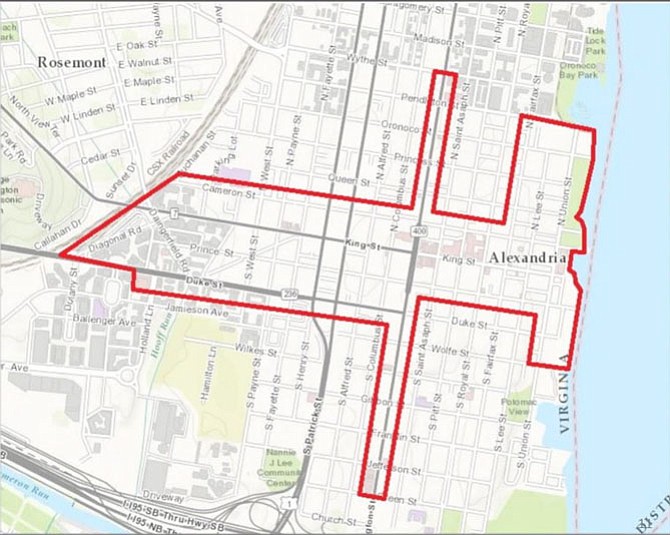 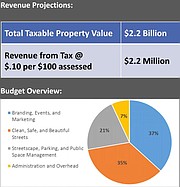 Depending on whom you ask, by 2017, Alexandria’s businesses along King Street could see the beginning of a revitalization of Old Town retail or the burden of another unnecessary tax. A proposed Business Improvement District (BID), discussed in the city for over 10 years, is finally making progress towards City Council consideration in March 2017 and potential implementation in the second half of 2017.

The idea behind a BID is a shared risk and shared reward.The BID provides public space and events management, advocacy for local businesses, and streetscape improvements beyond what is provided by the city. The BID would serve as a point of contact for disseminating information on new policies and proposals that affect businesses within its district.

“We can do something more coordinated and beautiful with streetscapes,” said Stephanie Landrum, president and CEO of the Alexandria Economic Development Partnership. “It’s the type of projects the city won’t be able to prioritize against schools or public safety.”

Every business between the King Street Metro Station and the Waterfront, with Cameron and Duke streets forming most of the north and south boundaries, will be a part of the new BID. The BID also extends along parts of Washington Street and includes the areas of the Waterfront between North and South Robinson Terminals. The BID is funded by a tax on all commercial properties within that district; 10 cents for every $100 of assessed value. An estimated $2.2 million will be collected by the city and transferred to the BID.

For over 10 years, BIDs have been operating in parts of Arlington and D.C. Over the years there have been several attempts to launch a BID in Alexandria, but over the last year the idea has been building steam.

Throughout the fall, the Old Town BID Exploratory Committee will be doing outreach to local businesses and property owners that will be affected by the new BID. In a random door-to-door survey, most of the business owners along upper King Street said they had never heard of the new BID. Among those that had heard of the BID, there was mixed support and uncertainty.

“It’s up to us to pick up the tab,” said David Martin, owner of Gold Works and a driving force behind the winter lights along King Street, “not just for beautification, but for tree wells and sidewalks. These are improvements the city has stopped paying for years ago. There’s a lot of thought going into this, and we need to make sure the whole community is involved.”

“I’m very much in support,” said Kelly Ferenc, owner of Bishop Boutique and a member of the Old Town BID Exploratory Committee. “I hope it drives more economic growth and allows small businesses to grow.”

“I think the upper King Street businesses share the idea that this would be helpful,” said Melanie Kapinos, manager at Ten Thousand Villages. “This would encourage people to come and see the treasures of Alexandria.”

Many business owners along King Street said they hope the BID brings much needed improvements to the streets. Ellen Klein, owner of Hooray for Books, said she hopes the new BID can bring in more planted trees, bike stands, and other exterior improvements. Klein said she wasn’t concerned about the taxes, believing the cost would be recouped by more joint markets brought into the store from around the region.

“I’m in favor of the BID,” said Carol Supplee, owner of Imagine Artwear. “It was new and scary then, but now every business district worth its salt has one, and we’re still dealing with the same issues we talked about 10 years ago. We have empty storefronts, we need more high quality businesses, and we need to keep our streets clean. Sure, we’d pay a little more, but we’d pool out money and hopefully do more with it.”

Others weren’t so sure. Robert Shelton, owner of Killer E.S.P., agreed that there was lots of work that needed to be done on the streets, pointing to the uneven sidewalks and badly damaged curbs. Shelton said stores along King Street would benefit from things like increased signage allowances and additional bike racks.

“We can still be Old Town and still have a modern flair,” said Shelton, comparing Alexandria with historic cities in Europe that have managed to find a balance between history and modern amenities. “But what are we getting from the city? If I have to pay extra, I want to really know what I’m getting out of it and I want to know what are we paying for now.”

The main complaint from business owners was that the BID would be another tax increase on a small business community that already feels overburdened.

“I’m not in favor of more taxes,” said Roger Vasilas, owner of The Lamplighter. “The City has tried to raise taxes on us for stuff like this before, for plants and benches.”

“It’s a great idea,” said Donna McIntyre from Today’s Cargo, “But that’s a lot of money for a struggling business.”

But other business owners say the cost of inaction will be higher.

“It’s necessary,” said Danielle Romanetti, owner of fibre space and a member of the Old Town BID Exploratory Committee. “It could impact whether or not we sign the lease here. There’s too much empty retail on King Street.”

Romanetti also said many businesses overestimate what the cost of the BID will be.

“That is $750 for us, and we’re one of the largest spaces on King Street,” said Romanetti. “That’s such a small amount.”

Romanetti says her store spends more than that each year on taking care of the plants outside the store and putting up decorations on the street, activities a BID would take over.

Outreach to local businesses and stakeholders regarding the new BID will continue through the fall, with City Council public hearings and consideration of ordinance in the coming months.

Corrections: the BID tax rate is 10 cents for every $100 of assessed value. City staff is not involved with the Exploratory Committee. City Council will not consider approval of the BID until 2017.