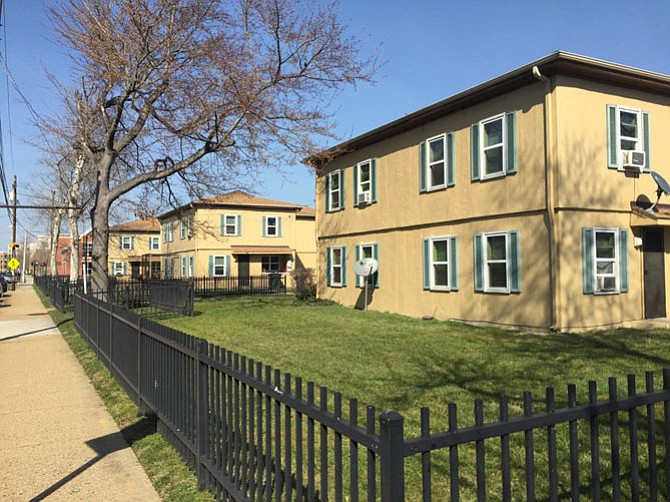 Rezoning a piece of property without having an approved plan — for what will replace it — is highly unusual, but it doesn’t mean the City Council won’t do it.

At the March 8 City Council work session with the Alexandria Redevelopment and Housing Authority (ARHA), the mayor and City Council members emphasized that, if they approved the rezoning of Ramsey Homes at the upcoming March 12 public hearing, it’s only because of the city’s “special relationship” with ARHA.

The work session was part of a recent string of surprises surrounding the redevelopment of Ramsey Homes. When the proposal to demolish the existing four homes was denied by the Board of Architectural Review in April of 2015, the decision was appealed and later reversed by the City Council in September. The project proposed by ARHA would be a 52-unit mixed income rental property. City Council asked ARHA to find a way to preserve at least one of the existing buildings for historic preservation. However, the city staff report on the project said that after research began on alternative options, ARHA shut the discussion down.

“Now expectation [will be] that development partners are expected to get zoning without having a plan in place.”

“Unfortunately, after some productive initial collaboration, ARHA’s board directed its staff not to participate further in exploring and creating the various development options and instead elected to proceed with the three-story, 53-unit proposal previously provided for concept review.”

When the project returned to the City Council in February, ARHA asked the city to approve the rezoning and the master plan amendment, but asked for a deferral on the project’s development special use permit. Due to a protest motion filed by neighbors, the decision required a supermajority approval, which it did not get when Councilman Paul Smedberg and Mayor Allison Silberberg voted against it. However, at the City Council meeting three days later, Smedberg reversed his decision. The proposal will be brought before the City Council again on March 12, and if the work session discussion is any indication, the council seems more willing to grant ARHA the exception to the usual requirements.

The new project site would provide a net gain of 38 affordable housing units, but much of the discussion at the work session centered around trying to make sure ARHA keeps its word on the project. If a project were approved for rezoning and with a master plan amendment without a definitive plan for the future of the property, some on the council expressed concern that ARHA would not be bound to redevelop the property the way they say they plan to.

Immediately after the meeting, the ARHA board approved resolution 613, a joint City-ARHA work plan. The resolution calls for ARHA staff to cooperate with city staff on the development of the site and that any results must be completed in accordance with the joint work plan.

Though he reversed his earlier vote against the redevelopment, Smedberg still expressed misgivings about the implications for the development process.

“Now expectation [will be] that development partners are expected to get zoning without having a plan in place,” said Smedberg.

“This should not set a precedent to other developers that this is what we’re doing,” said Silberberg, “but given your mission and our shared commitment to it, and given that we’re working so collaboratively on this, that I’m willing to make an exception to that rule… It sends a signal that we want to work together. The relationship with ARHA that goes back decades, [sometimes] not having the best relationship, but I just want us all to move forward.”