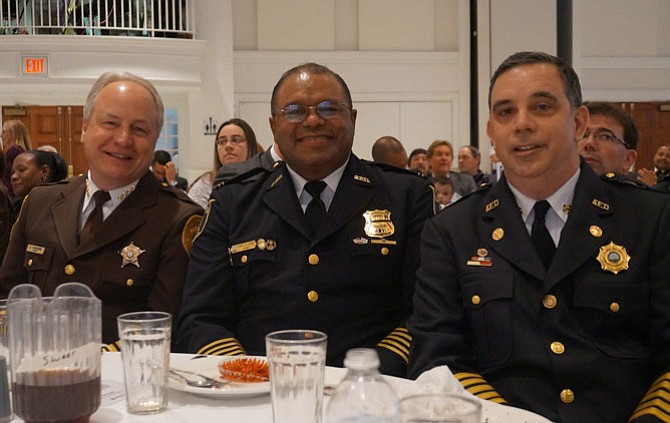 Honorees and dignitaries pose for a group photo at the 2015 Alexandria Chamber of Commerce Valor Awards April 30 at First Baptist Church. The ceremony honored public safety personnel from the police, fire and sheriff’s departments. 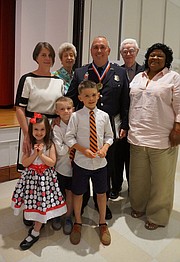 Police officer Michael Nugent, center, was honored with a Gold Medal for his heroics in the line of duty. With him are his wife Courtney, children Jack, 8, Conor, 6, and Emily, 4, and parents Mary Jane and Hugh Nugent. At right is Mamie Doyle, a bystander who assisted Nugent in the rescue of a potential suicide victim in February 2014. 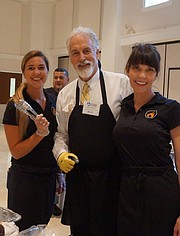 The Alexandria Chamber of Commerce honored 16 public safety personnel for exceptional performance in the line of duty at the 29th annual Valor Awards.

Police officer Michael Nugent, honored with a Gold Medal for his rescue of a potential suicide victim on an overpass of I-495, was joined by his family and Mamie Doyle, a bystander who assisted Nugent at the scene.