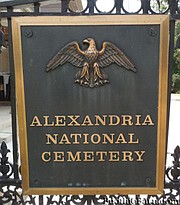 April 1865 was one of the most eventful months in the history of our nation. During that month, Americans experienced the collapse of Petersburg and evacuation of Richmond; the Confederate surrender at Appomattox and end of the Civil War; the assassination of President Lincoln and the pursuit and killing of his assassin, John Wilkes Booth; and — on the day after Booth’s death — the worst maritime disaster in our history: the loss of 1,800 lives in the explosion of the Mississippi River steamboat Sultana (greater loss of life than the Titanic in 1912).

We will hear a lot about these events this month, but one tragic incident during that eventful month will remain largely forgotten: the marine disaster on the Potomac during the night of April 23rd and 24th that killed 87 men, including four civilian firemen from Alexandria working for the Quartermaster Corps to scout on the river for any sign of Booth crossing the Potomac.

The Quartermaster Corps is the supply and support service to the army — which is typically safe duty. The firemen were part of a contingent from Alexandria on a canal barge named Black Diamond whose mission was to patrol the Potomac. Military intelligence correctly anticipated that Booth would attempt to cross the river into Virginia during his escape. On the moonless night of April 23, a much larger ship, the Massachusetts, struck the port side of the anchored Black Diamond, killing a total of 87 men on both ships. The four civilian casualties from the Black Diamond killed in pursuit of Booth were Peter Carroll, Samuel N. Gosnell, George W. Huntington, and Christopher Farley. They were the only casualties in the search for John Wilkes Booth.

This is their story.

The assassination of President Lincoln on April 14, 1865 occasioned an unprecedented outpouring of grief, and also gave rise to fears that the assassination would trigger violence aimed at destabilizing the Union government by Confederate sympathizers. The manhunt launched by the government in the days after April 14 was the largest in U.S. history; 10,000 federal troops and even many civilian resources were deployed in pursuit of Booth and his accomplices. Secretary of War Edwin Stanton personally led the manhunt and advertised a $100,000 reward ($1.5 million in today’s dollars) for information leading to the arrest of Booth and his accomplices.

Union troops were sent to southern Maryland and ultimately to Virginia to search for Booth, in response to federal intelligence information. Among those searching for Booth on that Sunday night April 23 was the contingent from the Quartermaster Corps, patrolling the river on picket duty in search of a vessel ferrying Booth across the Potomac. But, unknown to the Quartermasters, Booth and his accomplice David Herold had already crossed the Potomac on April 22 and were asleep in a cabin in King George County, Virginia.

What is largely forgotten and overshadowed by the momentous events of April 1865 is the story of the pursuit of Booth by civilian employees of the Alexandria Fire Department (formally the “Government Steam Fire Department”), who were chartered by the U.S. Quartermaster Corps and who were working for and at the direction of the military in the search for Booth.

There were two ships were involved in the tragic events of April 23-24, 1865: the USS Massachusetts and the Black Diamond. The Massachusetts was a steam ship built in Boston in 1860. Approximately 400 former Union prisoners of war crowded onto the Massachusetts, which was moored in the Potomac River at Alexandria on Sunday, April 23, 1865. The men were heading that evening to Norfolk where they were to be deployed for further military duty in North Carolina. Onboard the ship were veterans from New York, Maine, Pennsylvania and Connecticut.

The Black Diamond was an iron hull steam propeller canal boat (or barge) built in 1842. Before bring chartered by the Quartermaster Corps during the war, the Black Diamond’s normal duties were transporting coal between Washington, D.C. and Alexandria. As noted, the crew of 20 consisted of men from the Alexandria fire department.

After the assassination of President Lincoln, the Black Diamond was assigned patrol duty on the Potomac River, keeping an eye out for the assassin, John Wilkes Booth, if he attempted to cross the river. During the night of April 23rd and 24th the ship lay at anchor in the Potomac about a mile south of St. Clements Island.

Out of the 87 people who died when the Massachusetts crashed into the Black Diamond, only four casualties were from the Black Diamond. They were the aforementioned Peter Carroll, Christopher Farley, Samuel Gosnell, and George Huntington. Within 24 hours of their deaths on the Potomac, Booth was also dead.

The four Alexandria firemen chartered by the Quartermaster’s Department were civilians, however they were accorded the honor of burial in the Soldier’s Cemetery in Alexandria (located at 1450 Wilkes St.), now known as Alexandria National Cemetery, the predecessor to Arlington Cemetery as a burial place for Union soldiers.

In the years after the Massachusetts/Black Diamond tragedy, the facts of the incident were largely forgotten and a number of the very few records mentioning the deaths of the Alexandria firemen inaccurately state that they drowned in the Rappahannock River while in pursuit of Booth.

St. Clements Island attracts seasonal tourists, because of the association as the “birthplace of Maryland,” but there are no markers or plaques on St. Clements telling the story of the Black Diamond and the Massachusetts. The granite boulder at the Alexandria National Cemetery remains the only reminder of the tragedy.

The story of the Black Diamond/Massachusetts tragedy and the four civilians who died in pursuit of John Wilkes Booth remains largely forgotten. Their deaths — and the deaths of the other 83 men who perished in the collision at sea on the night of April 23-24, 1865, have no less valor than all who sacrificed their lives during America’s bloodiest armed conflict. Having lost their lives as civilians as a result of the pursuit of President Lincoln’s killer, they, too, deserve their rightful place in the retelling of the dramatic events of April 1865.

Brad Penney is a lawyer and lobbyist in Washington D.C., and amateur Civil War buff. He previously worked on Capitol Hill in the House and Senate for 12 years, and currently resides in Fairfax County with his two sons and faithful beagle, Baron.