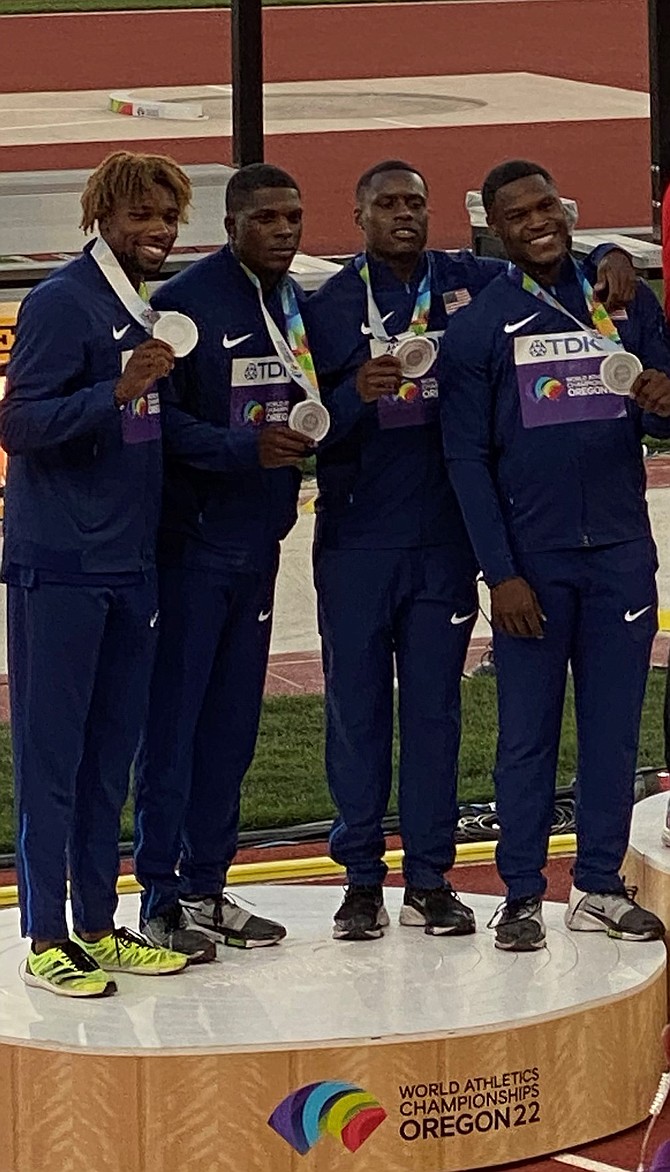 Photo by Joanne Caruso for the Gazette Packet

Alexandria native Noah Lyles, left, stands on the podium with the U.S. Men’s 4x100 relay team at the World Athletics Championships July 23 in Eugene, Ore. Earlier in the meet Lyles set a new world record in the men’s 200-meter race with a time of 19.31 seconds.

Ever since he starred in track at what is now Alexandria City High School, the 200-meter race was a specialty for Noah Lyles.