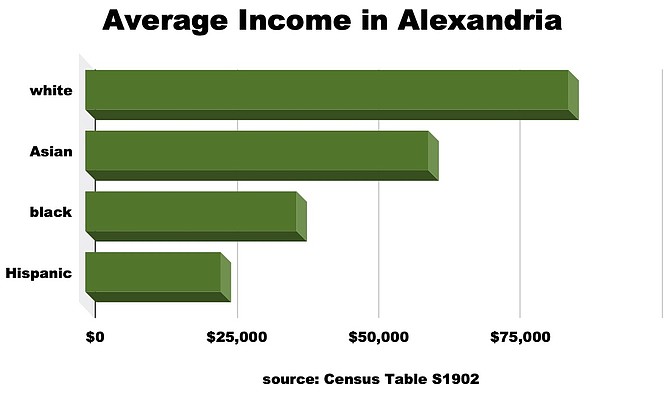 Whites make three times as much as Hispanic workers, twice as much as black workers.