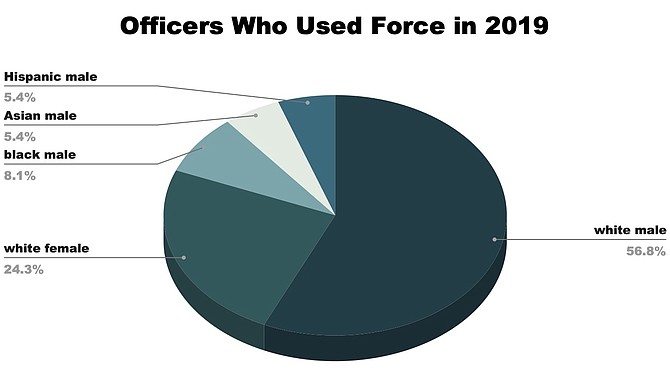 Officers who Used Force in 2019

Documents outlining use of force by the Alexandria Police Department show force is used against black males more than any other group. In the most recent report, which covers 2019, 54 percent of the instances of use of force was against African Americans. That’s significantly higher than the black population in Alexandria, which is 23 percent.