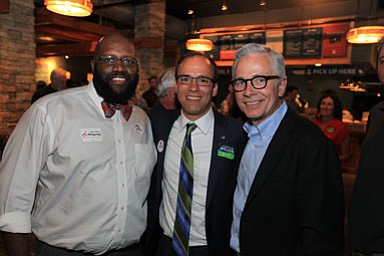 From left: City Council member John Chapman, Vice Mayor Justin Wilson and Council member Paul Smedberg on election night at Pork Barrel BBQ in Del Ray. Wilson won the mayoral primary and Chapman was selected as one of the six Democratic choices, but Smedberg was not reelected.