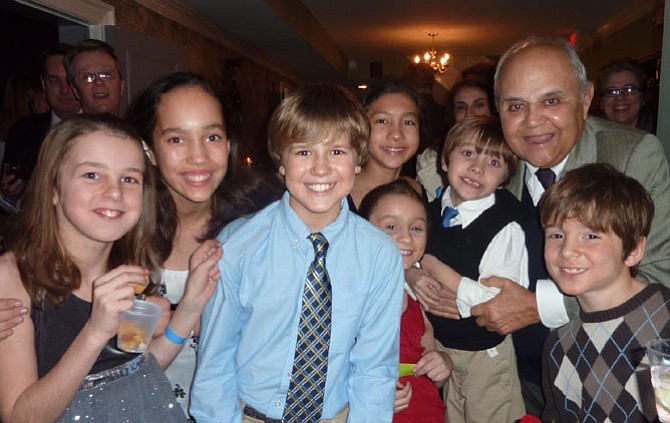 Longtime Little Theatre of Alexandria director and board member Roland Branford Gomez, right, with cast members of the musical “Oliver!”